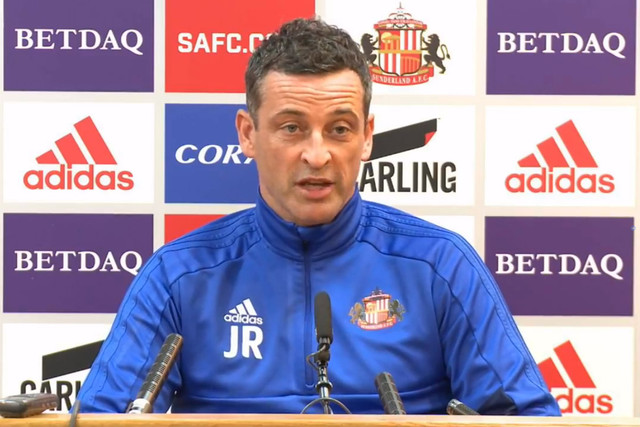 There's a canny video by SportsJoe UK featuring Craig Clark, from our very own Wise Men Say, that's well worth a few minutes of your time. Arnau, an avid Barcelona fan, makes the trip from Spain to Sunderland just in time for the coldest day of winter so far.

He was treated to a real game of football against Bristol Rovers, it's a class little clip - go check it out.

Around mid-November Charlie Methven set what seemed a very ambitious attendance target of 40k for the Boxing Day clash at home against Bradford. Sunderland did consistently reach 40k attendance in the Premier League, last doing so in our 2-2 draw with West Ham United in April, but given our biggest attendance so far has been 32k - against Oxford back in early September - and that we couldn't even muster that in our Championship relegation season, the target seemed a stretch.

Despite that, yesterday the club confirmed that we have sold our 40,000th ticket and beyond, with sales on course for a crowd over 42k. It's an incredible feat. We already knew this, but this coinciding with the fantastic 'Sunderland 'Till I Die' documentary is evidence for the world that if you give us something to shout about we'll shout as loud as anyone.

Jermain Defoe has leapt to the defence of sacked Manchester United manager, revealing that Jose Mourinho called him to offer support after the tragic death of Bradley Lowery. It's a lovely touch, and shows a different side of a character with more headlines than Brexit.

A good bit from Jack Ross' press conference yesterday. The content of it wasn't the good bit, we still don't know whether Josh Maja or Lynden Gooch will be signing new contracts, but I think the conference exemplified the character of Ross and was further evidence that he was a fantastic appointment.

The manager of any football club plays a huge part in the public and media perception of it, as well as the dressing room he is ultimately responsible for. Some of the biggest clubs in the world have spiralled into a mini-circus because of the kerfuffle surrounding a manager, yet you don't get the sense of anything dramatic from Ross. He is the most collected, feet-on-the-ground fella I've seen in the Sunderland hot seat during my 30 years supporting.

What a guy. His demeanour is very trustable and it makes it even better that he seems to be getting things right on the pitch.

Last quick piece of epic news - Jon McLaughlin is fit to face Portsmouth. Which means we don't have to watch 90 minutes of Robbin Ruiter between our fingers. Fantastic news.

Did we miss anything? Let us know with a quick email by clicking here.