Took a punt earlier and suggested Sunderland may be after Jacob Butterfield. Ok, so it turns out it probably wasn't the Derby County man who is the midfielder we're actually pursuing.

The Echo have claimed an 'exclusive' just now (in their unending summer 'exclusive' war with Roker Report) to suggest the Black Cats are actually on the brink of signing George Evans.

Well, even also-ran "in-the-knows" like us try to get in on the action every now and again. We've even got the proof right here that we were nearly right earlier on...sort of... 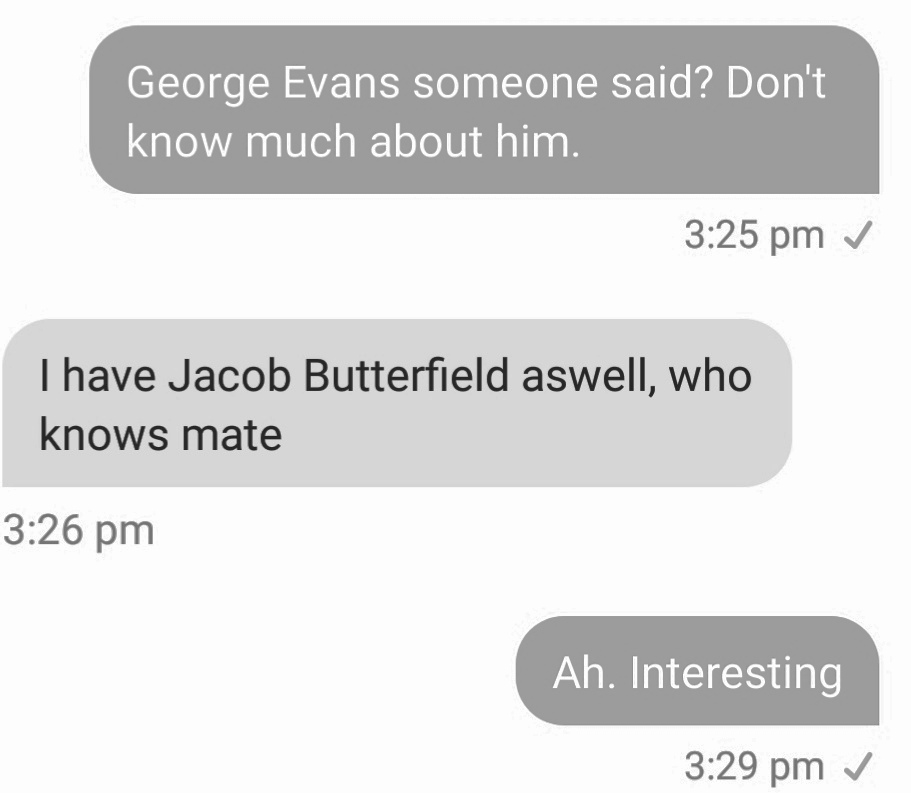 Anyway, Evans will be a good signing for a League One club in need of reinforcements in midfield. Still only 23, the Manchester City academy product has gained his League One grounding with Crewe, Scunthorpe and Walsall. The defensive midfielder has played in the third tier in three of his six seasons since graduating from youth football.

We have just been wondering if Reading are still interested in securing the services of Lamine Kone. The Sunderland-owned defender has apparently made it clear he's desperate to get gone from Wearside and most of us would bundle him into the boot of our cars and take him to his chosen destination without even asking for the petrol money.

The Royals were linked with the Ivorian defender earlier in the summer in what would have been a comedic reunion of the Black Cats 2016 back-line. Kone joining O'Shea and Mannone would have been worth a chuckle if nothing else. Throw in Papy Djilobodji on a free for maximum chortles.

Apparantly Evans is presently in Austria with the Reading squad as they limber up in preparation for the Championship campaign to come. Royals fans still rate the lad quite highly and reckon Jap Staam fundamentally wasted his potential when the former Man Utd man was in charge at the Madejski.

Bring it on. The revolution is back on track if we land this one.