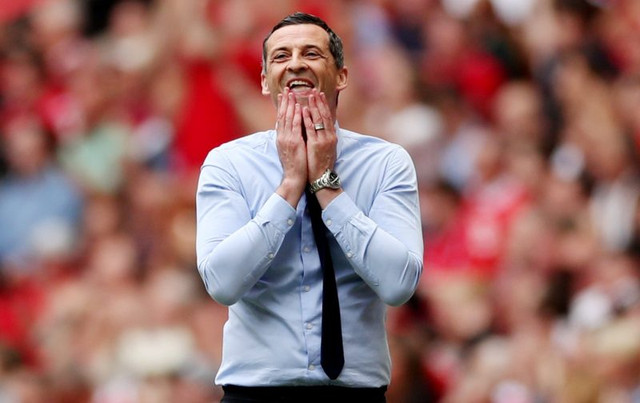 Many managers have come and gone from our club. Some are best left to be forgotten and some will never be forgotten. Where Jack Ross fits into this is down to the success or failure of the new manager, and managers after that.

Phil Parkinson winning 5-0 against Tranmere would have probably left Ross scratching his head thinking how he couldn’t achieve a big win like that.

Then we were once again brought crashing down to earth with a 1-0 defeat on the road against Shrewsbury. As of now I don’t think too much has changed since The Scot was dismissed as manager.

Looking back at his time with the Black Cats I feel Ross deserves a lot of credit for his work in stabilising the club, after the absolute disaster that was the Simon Grayson and Chris Coleman season (two managers who deserve to be forgotten about).

Ross started his tenure with nine first team players and had the medical staff joining in training to make the numbers up. Signings began and big earners were released or sold to ease the wage bill. Didier Ndong and Papy Djilobodji were rightfully sacked for not turning up for preseason. Signings weren’t the most impressive, but players were players and it still looked like a decent squad to challenge for promotion.

Then cropped up contract issues. Josh Maja wanted to sign a contract but his agent told him not to (allegedly). This ultimately lead to the striker moving to Bordeaux in January. Then a last minute deal was struck to sign Will Grigg. It sparked excitement amongst fans, but Grigg just couldn’t get close to the form of Maja.

It was a squad which was thrown together and a mix of genuine talent and hard workers. Ultimately injuries, exhaustion and a lack of killer instinct cost the Lads promotion.

However, a thrilling cup final and play-off final meant there were memories made for life for a lot of fans. It promised a lot for this season and the seasons to come.

Sunderland started the new season lethargically and didn’t offer anything different to the previous season. A few dismal performances, notably against Peterborough and Lincoln spelled the end of Jack Ross as manager.

So how will Jack Ross be remembered? I’d like to think as a manager who gave everything and was ultimately let down by the players and circumstances.

If Maja had stayed who knows?

I really do hope Ross is successful in the future. His attitude and dedication may not always come over that well in the press but his statement via LMA showed his class and dedication to the cause.