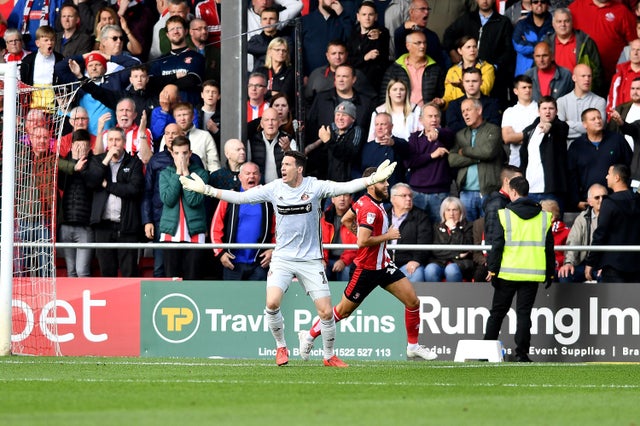 Not quite as broken as the disjointed display from Sunderland which led to our second league defeat of the season. We have now won less than half of our games - eight points adrift of league leaders Ipswich who also boast a vastly superior goal difference. The season has barely started and we already seem to be in a race for second place. And even that is a farfetched idea when you consider how poor we've been.

We've been fairly vocal on the need for a new manager since the Bolton game. That was the point, to me, which rubber-stamped things were not going to improve as much as we needed under Jack Ross. Looking at the comments left from Saturday's game, it looks like many of us agree. Stewart Donald has a little bit of thinking time now, it's international break thanks to the postponement of our game against Fleetwood. At the time that felt like a frustrating decision, now it's a relief.

As we usually do with our round up piece, we've ranked the players from worst to best, picking out a couple of the comments left. Seems a bit daft to crown a man of the match, but there you go!

Stick a lampost in the opposition box, would score more and be more mobile - mackem1966

Time for him to be replaced, confidence is shot - Chas445

11th: Laurens De Bock - 3.1
We were warned...but our scouts know better. How often have we seen a new bloke have a good game then rubbish! - Anonymous

10th: Chris Maguire - 3.3
Completely out of sorts lately, not sure if he's missing his Pink Boots but he's been more Puss In Boots since he swapped them... - Mr P. Doff

Another booking, another game where he is otherwise missing. Should only be used as a substitute, never plays well when he is in starting team - Anonymous

Need him back to full fitness - Anonymous

Never been convinced by this fellow. One or two little touches, but no strength, little awareness - Anonymous

4th: Max Power - 4.1
Scored good goal last week and in previous game. But, had done nothing since Christmas and is unable to sustain a reasonable level over a few games - Anonymous

Legend in his own mind - Anonymous

Well that didn’t last long did it? - Dale Robson

Not much he could do surrounded by such mediocrity... Gormless GK, Overflapping FB's, Minging Midfield, Woeful Wingers & Floundering Forwards... - Mr P. Doff

Did all he could - Anonymous