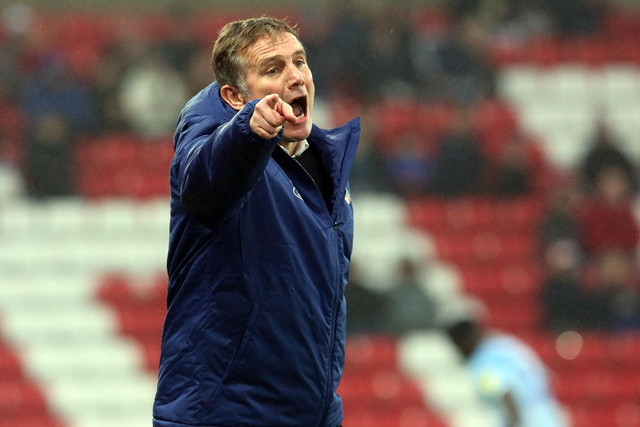 Jack Ross was relieved of his duties and after 9 days Phil Parkinson was announced as his replacement in an appointment that was seen as a stick to what you know appointment.

Parkinson is a veteran in the EFL and was a perfect professional until the end with Bolton Wonderers. Where many would’ve walked away he stayed on task with his head held high.

Since his appointment a home debut 5-0 win against Tramere is all the manager can show in his first 6 weeks in charge. Defeat against Burton Albion left fans already calling for change at the helm. With once again calls for Kevin Phillips to be given the job.

How much time does Mr Parkinson get? I think two games. Two wins or bust. Games again Gillingham and Blackpool must be won. Anything less is not good enough for me.

I’d much rather see a younger, hungrier manager in charge than an old stalwart. Football has moved on from the old reliables. Once upon a time you’d sign a 30 something year old player who’d come in and save the day or appoint a Big Sam to come and salvage a season. It’s not what we need right now. We need some inspiration than can be built upon for the next 5 years.

It’s why I think we were wrong to sack Ross when we did.

Things haven’t got better and things just don’t feel like they can get better. How the club can justify keeping Phil right now is difficult. The tide doesn’t seem to be turning and sometimes you have to force the change rather than wait for it to happen.

Who comes in instead? Phillips should be given the job, not because it will appease the fans for 6 weeks, but because he deserves the chance.