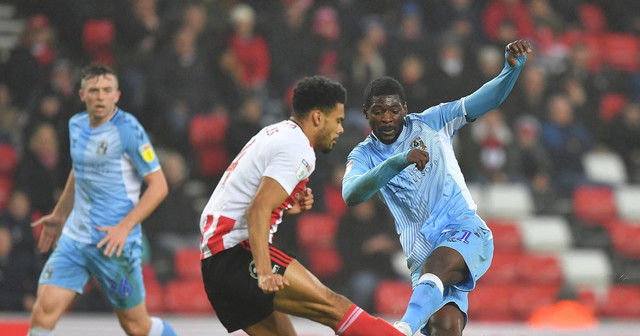 Just one win in eight, including five defeats (admittedly two after regulation time was over) and - perhaps the most frustrating fact of all - just five goals. Blimey. Talk about new manager bounce, well here is Sunderland's version!

Let's add some context. Four of those games were cup games and, let's face it, as a League One side trying desperately to get promoted the cups mean little in the grand scheme of things. If we drum it down to league form, Parkinson has presided over two wins, one draw and two defeats. That sort of form would give you 22 points over 16 games, and we're on 26 points - so even with a little context things aren't looking good for Parkinson.

Forgetting points for a moment, let's focus on one positive that could convince a few Sunderland fans the right formula isn't far away. We have conceded just three goals in those five games, which if we apply the same formula I did for points per game means that after 16 games in the same form we would have only conceded ten goals. That would be the best in the league.

Good teams have good foundations and the back five of Lee Burge, Joel Lynch, Jordan Willis, Luke O'Nien and Denver Hume have looked as solid a foundation as you are likely to see in League One under Parkinson. Hume in particular looks a player reinvented, being part of a sturdy defence whilst looking one of - if not our most - potent attacking threat.

One of the big concerns I think is that it's the 25 November. We've already played over a third of matches this season, and we're 10th. Admittedly we have a games in hand over most teams, and if you were to assume we'd win both games we could be as high as 3rd place - but who is going to assume Sunderland can win two games on the bounce given our lacklustre performances at the other end of the pitch?

All these 'high pedigree' players; Chris Maguire, Aiden McGeady and Will Grigg, have forged an attacking trio devoid of communication, understanding, effort and confidence. Everything feels half-ars*d. Easy passes going astray, constantly checking back or being caught in possession. For players of this calibre at this level to find it difficult to create is baffling.

Parkinson needs to pull all of them out. All three. We may have to make do with just two given the injuries to Wyke, Embleton and Gooch - but today we really need to throw Kimpioka and Watmore in from the start. Let's have some endeavour and impetus, forget about prowess or pedigree.

I think Parkinson can achieve things at Sunderland. He has already shown he can organise a football team. Now he needs to show some bottle and try to inject some life into this limp attack. In our current defensive league form, we'd win every game by scoring two goals, let's start doing that tonight. It'll inject some life back into the stands to who are, understandably, low on patience these days.