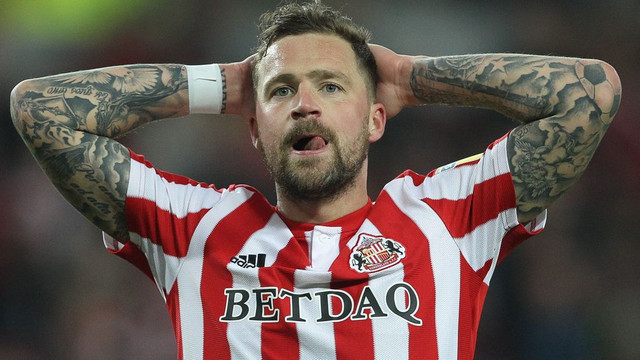 One look at the Black Cats will prove not all players have nerves of steel like Ferdinand. Despite going 1-0 up against Burton, Sunderland once again crumbled under the pressure the mighty Burton Albion put upon us. Who can blame them? What a squad they have with that number 9?

The lads once again showed they have weaknesses all over the pitch and this is becoming a disturbing trend. I’m still waiting for an outstanding performance. The 5-0 against Tramere Rovers is nothing to shout about. We lack character, discipline and most of all a set of balls.

Game after game Sunderland just crumble under pressure and most of the time, it’s not a delightful bit of incisive football that carves open a defence that causes the goals. It’s often sloppy play which should be cleared up quite easily by more capable, or should I say more decisive, players. Players who can read games and snuff danger when needed.

Let’s not dress this up in cliches or generic football terms. We. Are. Awful.

We lack everything required to be a successful football club right now. This £10 million investment is to help make the club better from top to bottom. It’s an investment in the club as a whole which is fantastic. However, there is no denying we need to invest in players...again.

My issue with buying and/or loaning players is that it’s just not a guarantee. Look at Will Grigg. No brainer of a signing. I’d much rather Stewart and Charlie come out and make clear their vision for the club. Choose a plan and stick to it. Otherwise we will end up in the same boat as we did under Ellis Short; looking for miracle to fix everything, for it to go pear shaped 6 months later.

Players like McGeady, Maguire, Leadbitter just aren’t pulling their weight. These players were leaders alongside Cattermole last season. This season we have not once looked like a team who are capable of winning a game convincingly. The signings of Willis and Lynch has added to help sturdy the defence however when you have a midfield that are not capable putting in a tackle the defence is exposed.

Our goalkeepers haven’t covered themselves in glory either. This has lead to a team that can’t score and can’t keep a clean sheet. This does not add up to a promotion winning team. It’s not over yet but I’m under no illusion that things will change in the next month or so. Time is running out for the boys in red and white and players either need to step up or step out. I’d much rather see a 20 year old Elliot Embleton make mistakes than a 33 year old Aiden McGeady make the mistakes of a 20 year old.

It’s a similar story with Maguire in my opinion. I’d much rather see a young player full of energy and ambition give 100% than Maguire waiting for someone to get a free kick he can take. Bali Mumba and Mbunga-Kimpioka have been encouraging of late.

Let’s hope the players pull their fingers out and start to show us some form character and determination to change the clubs fortunes.