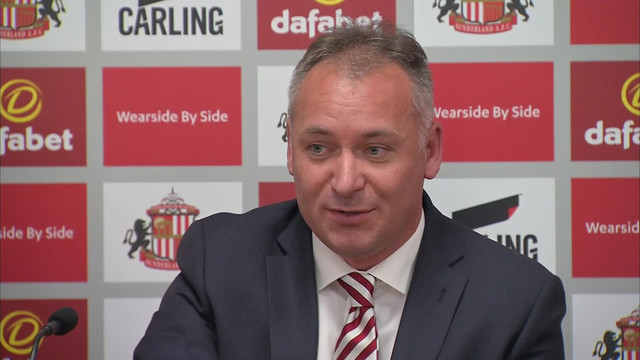 At the time of writing, just two match previews for the trip to Doncaster Rovers is all that has been offered with zero action on their social media accounts - not even to promote these articles.

What may seem to some like a kneejerk reaction from a group of Sunderland fans who have benefitted greatly from Donald's earlier 'openness' as owner is anything but. The fact is, relationships have been breaking down for months since the disappointing transfer window as it has became clearer and clearer that Donald is unable or unwilling to act and answer the tough questions.

The evidence suggests Donald has spent little-to-none of his own money in purchasing and bankrolling Sunderland, despite contradicting this several times. Juan Satori was brought in to apparently lift the club to the next level, yet there is nothing to suggest he has pumped any money into the club at all. A loan from some rich Americans is as much as we've got from an investment point of view, but that isn't investment, is it? It's a loan, a loan secured against the club's assets - and who knows what the plans would be should we default on that loan.

It's perfectly plausible that we would default too, given the lack of sincerity in the information we have been fed by the club.

That's just the tip of the iceberg too, and who knows what other things haven't been uncovered yet.

It seems Donald's intention to try to wing a PR Podcast with Roker Report was the final straw, after refusing to appear on Wise Men Say - who have been very vocal in their reservations against Donald for months. The lads from RR did not bend over backwards, and instead led a social media protest with other prominent Sunderland fan media last night.

Donald's response now is key. Looking at how other clubs have crumbled in the grip mediocrity in the past, the future of the club really could be at stake. Can he repair things? Yes, but he needs to act and he needs to spend a lot of money to do it - not just on players.

He needs to acknowledge the club's failure to address our playing squad, which is littered with poor footballers who can't compete with those on half the wages for other League One clubs. The recruitment has been an abject failure, and we can't lay all the blame at Jack Ross' door, there needs to be wholesale changes here, off and on the pitch.

He needs to acknowledge that the financial situation at Sunderland is under incredible scrutiny, and we need to know exactly what is going on here. Private matters, pfft, this is a modern day football club, not an insurance company. It may belong to Donald, but it doesn't belong to Donald.

He needs to acknowledge his failure to adequately replace Ross. Phil Parkinson is a complete failure, and if he truly believes Sunderland are playing better now than they did under Ross, he needs a psychiatric assessment.

He needs to acknowledge that he needs help in running the club. There is no structure.

Finally, but before anything else, he needs to acknowledge the very firm and loud stamp of dissatisfaction from Sunderland fans last night. Ignoring it just isn't an option now.