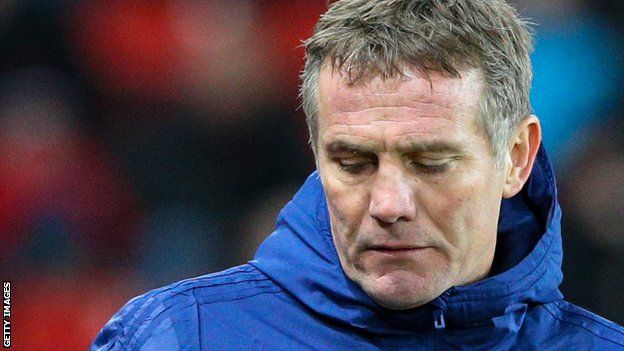 Like / don't like this article? Scroll down to the bottom, there's some emojis you can us to let us know what you think! Or leave us a comment :)

Sunderland remain silent on the initial social media protest and, despite that being incredibly disappointing, we can expect that to continue. I wouldn't be disheartened, because we can make more noise if and when necessary.

Today, Phil Parkinson continues his slow stroll along dead man's walk today with Sunderland visit to Doncaster Rovers. A win would be a minuscule shuffle in the right direction, but let's face it, it would be the greatest footballing miracle of all time if Parkinson managed to turn this tsunami.

After weeks of watching the Lads set up to earn a useless point, does Parkinson have the bottle to fight for his job? He really has nothing to lose, and it would be truly baffling to see another five-at-the-back with Leadbitter in front set up. I draw your attention to my use of the word baffling, because baffling decisions is the absolute norm at Sunderland - so let's fully expect that.

Wouldn't it be nice to see Sunderland go for broke today? We could be saved from five at the back with Tom Flanagan's injury (that's not to say Parkinson won't shoehorn De Bock in there for sheer banter), which would leave Jordan Willis and Alim Ozturk as our back two. Joel Lynch, who knows and who cares what is going on there. Luke O'Nien right back, Denver Hume - of course -  as our offensive left back.

Wouldn't it be nice not to see either Max Power or Grant Leadbitter today too? Our midfield is atrocious on any given day, but Power has lost his head and Leadbitter has lost all footballing abilities. Unfortunately one will start, with Dylan McGeouch set for an exit from the Stadium of Light. George Dobson returns from suspension, and simply must start, probably alongside the disappointing Power.

Charlie Wyke AND Marc McNulty please? AND Duncan Watmore? AND Lynden Gooch? Please? Let's get into these and try and score some goals.

Who am I kidding, it's five at the back, one up top and 90 minutes of pure brain-blending dullness. The only story to come from this game will be the very vocal protests from the away fans.

THIS IS NOT GOOD ENOUGH. THIS IS NOT NEARLY ACCEPTABLE. I know this before the match has even kicked off.