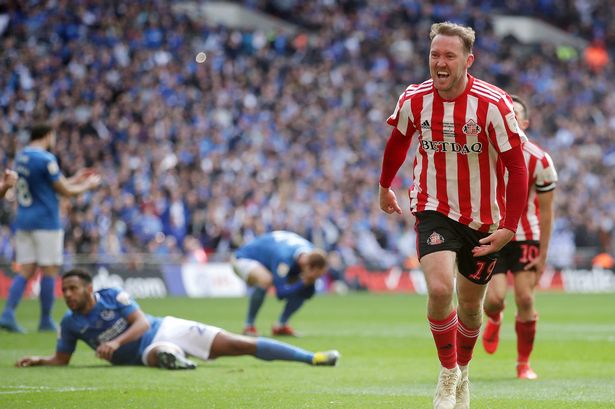 Righto, our social media is a cesspit of you shouldn't say this, you shouldn't say that, littered amongst Luton and Barnsley fans desperate for attention and some really wet Mag banter. The latter is proving thoroughly disappointing thus far, I expect much more (not sure why).

However, the time has come to be completely honest with ourselves.

This season has not been great, and will go down in history as our lowest league position ever.

Stand down ‘Nay Sayers’ and the labelled 'Happy Clappers' (also known as people with alternative opinions), let's think back to July and a pre-season filled with transfer sagas and juggling pennies.

At the start of the season it was difficult to see how Sunderland could steamroll League One and make an immediate return to the Championship via automatic promotion. That prophecy has been proven true, with Sunderland indeed missing out.  But what is different between then and now is that we did manage to piece together a strong, cohesive League One side capable of automatic promotion. The summer transfer window was a big success, and this was proven by some fine form in our first 20 games or so.

A decent start was marred by a five game run which saw just a single victory, but this preceded our best form of the season - an 12 game unbeaten run which featured eight wins and - perhaps more incredibly - just two 1-1 draws. Defeat against Portsmouth and an incredibly frustrating transfer saga which eventually saw our star striker Josh Maja leave combined to produce a frankly weird run of form. We hit seven draws in our following ten games, four of which - against Charlton, Luton, Scunthorpe and Oxford - were examples of the 'bottlejob' performances where we could not hold onto a lead, they would foreshadow our end of season form and ultimately help determine our fate in this league.

We lost automatic promotion during the January transfer window. Maja left (admittedly this felt unavoidable) and was replaced by Will Grigg, who thus far has proven another example of a fine footballer turning pap when pulling on the red and white of Sunderland. Maja's natural ability to finish masked the underlying problems apparent in the rest of the squad (as in, can't finish for toffee) and put more pressure on our defence to find clean sheets they were not capable of finding. Remember all those tweets about not many touches in the box? Aye, not many is fine when you're boys are lashing home most opportunities, not so great when they can't convert six-yarders.

It also exposed some significant tactical flaws where simple game-management was non-existent. In the aforementioned 'bottlejob' performances, we would take the lead and choose to let the opposition control the match until the point they found the equaliser, the EFL Trophy final being another example of this. In fact, the EFL Trophy final couldn't encapsulate our season better. A 'bottlejob' performance in the second half, followed by an incredible come back in extra time, before ultimately coming up short.

When conceding first we have, generally, been a different beast - no team in the league has earned more points after the opposition scored first than Sunderland. Whilst that is all well and good, these games - such as Accrington Stanley at home - were generally examples of Sunderland struggling to start a match with any cohesion, plan or impetus.

In the end it didn't really matter which type of Sunderland performance came around, because more often than not we've failed to win, which is not something a promoted team does.

Let's not forget, we could still go up via the play offs. Sunderland can be found joint-favourites to join Luton and Barnsley in the Championship next season at 2/1. Make sure you take up some Sign Up Bonuses if you fancy a flutter. Charlton and Doncaster are the 'outsiders' are 4/1 and 11/2 respectively.

Sunderland had a massive task to get promoted at the first time of asking 10 months ago. However, we made that massive task much easier after a fine opening half to the campaign. 12 wins, 7 draws and a single defeat - that form gets you 99 points at the end of the season, a tally we will be 11 points adrift of at best. In a healthier position than most, due to our games in hand, we proceeded to crumble, then hand the advantage to our promotion rivals and failed to claw it back when even they began their end-of-season jitters.

I'm not saying it's all Jack Ross' fault. But, game-management is on him. With the team we had, and the position we were in, and the manner in which it has happened - we have to concede that failing to achieve automatic promotion is a failure. Even if that wasn't the expectation at the start of the season.

I hate sitting on the fence, but I do believe you can be bitterly disappointed with how the season has ended and still back Ross to lead Sunderland back into the Championship next season, should we fail in the playoffs. The question then becomes how much time does he get - because a slow start to our 2019/20 campaign would not be received well.