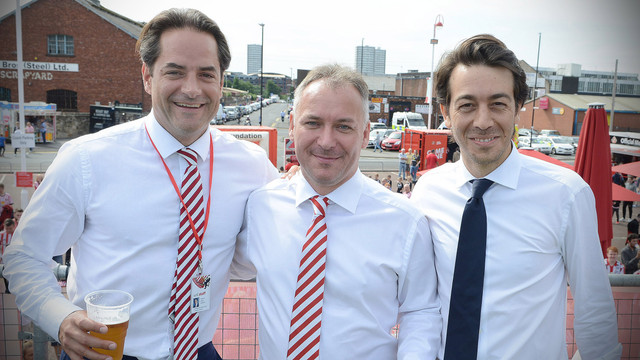 Another summer of uncertainty is upon us as Sunderland prepare for a second swipe at promotion from League One.

It already looks like a close battle for the top two spots - again - with Portsmouth and Charlton looking strong last season, and the relegated duo Rotherham and Ipswich possibly prepared to make a challenge too. Consistency will be key.

Before that has a chance to play out, Sunderland must first figure out it's hierarchy with majority shareholder Stewart Donald keen on offloading the majority of his stake at Sunderland. The deal is advanced, but not done in a timeline where many failed purchases have happened before.

Donald is set to drop to just a 10% stake and, undoubtedly, take a back seat in the running of Sunderland. The murmurs that he would stay on as chairman don't sit well with me. Donald has a young family down south and has taken on a lot of personal criticism despite assuring Sunderland are in a sound financial situation. He won't be Sunderland chairman next season.

That change will do nothing for the mist gathering at the feet of Jack Ross. After limping to the end of the 2018/19 season and failing twice at Wembley, there is a growing number of supporters unsatisfied by Ross' brand of football. It must be said that those failures came from the lottery of a penalty shootout, and the lottery of the play-offs. Unfortunately, Sunderland would not be the lottery winner in either situation, so this season the target has to be to avoid such a situation via automatic promotion. Sunderland remain strong 6/4 favourites for promotion with a summer of investment expected.

How much money are we going to need to spend to get out of League One? Then, how much money will we need to spend to compete in the Championship or, dare I speak of it, get back into the Premier League? It worries me that we could continue our frivolous spending which plagued our Premier League stint, especially when we think about the impact from League One record signing Will Grigg.

So, that summer of uncertainty. Right now, it's perfectly plausible that the team which takes centre stage in August, the manager that guides it and the chairman that funds it will all look very different to what we became accustomed to last season.