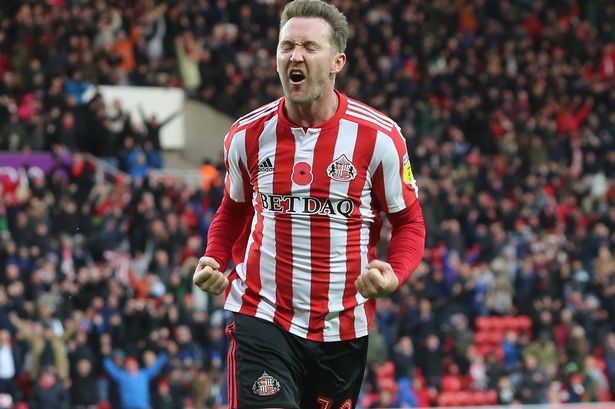 For pretty much all of last season I heard about how good McGeady was. Yes, he is a talent for a League One side. But, when I consider he was 33 and alarm bells started to ring.

Are SAFC really relying on a 33 year old to pull us out of League One? Surely not with the talent at our disposal? I just hope it’s a different picture this year. We relied on McGeady too much last year and, in my opinion, it can’t carry on that way.

The reliance on McGeady annoyed me because, for all his heroics, you cannot ignore his poor decision making and ball retention. It’s just not good enough sometimes. We need him, but we shouldn’t be relying on him. I’d like to think with a full or half season and a long summer behind them the lads can hit the ground running. McGeady signing a new contract is good but I don’t think it should be treated as the “best deal of the summer” for the Black Cats.

I hope we can get a few more through the door before the start of the season. We’ve got two accomplished strikers and will 100% need one or two more but that will depend of how far the loanees progressed last season. The signing of Willis is a brilliant signing for a free transfer. A shrewd bit of business to sneak through the door.

I really do worry that fans alike see McGeady as a much bigger part of the jigsaw than he actually is. I think he will go down as a bit of cult legend and is probably deserving of such. However, I want us to look at life beyond McGeady. I think it’s been a problem of Sunderland for a long time. The long term is never an immediate concern and it’s cost us a lot over the years. As Sir Alex Ferguson remarked “the second you stand still as a club you’re falling behind”.

Like everyone else has I'd like to end with a special mention to Cattermole. He’s been through everything with this club. Captain, hero, zero, leader, liability, irreplaceable and, most of all, legend. Thank you Lee Barry Cattermole. Whoever you sign for is getting a brilliant character for any dressing room and talismanic leader on the pitch. Keep you shorts and heads held high. You may not have a trophy Laden career but you have a lot to be proud of.

Here’s to a less dramatic but just as exciting season as last season with a much more positive ending. HAWAY THE LADS.