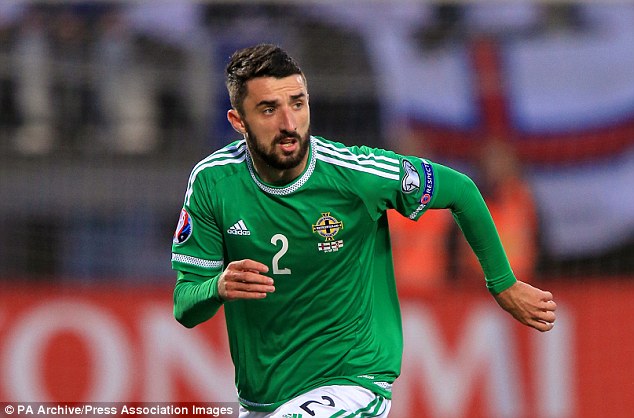 Fancy joining our team? Click here to send us an email and get started!

Sunderland have signed former Fleetwood and Millwall right back Conor McLaughlin - no relation to our goal-keeper. What a time to be alive. Let us know what you think in the poll below.

As far as League One signings go, this is your standard not-sure-who-you-are-but-I'll-give-you-a-chance kinda signing.

Having struggled to nail down a starting position at Millwall in his second season at the club, McLaughlin was released after just 8 league appearances for the near-relegated Championship side. The majority of his career has been spent at Fleetwood, and in League One, so it is a return to familiar territory for McLaughlin.

Adam Matthews was released in the summer after we spent most of last season playing Luke O'Nien out of position at right back, so it is relieving in a sense that we've signed someone to play there as a natural defender. Assuming he is alright. And as a former international, with 35 appearances for Northern Ireland, the 27 year old has quite a lot of experience to boast about in a defence without much experience at all.

What is incredibly worrying is the confusion when writing match reports going forward. Gonna have to say Cmac and Jmac, apologies in advance.

Whilst the signing is welcome it will do nothing to alleviate concerns around investment in the squad over the summer. We have been promised investment and promised quality too, despite the takeover falling apart. After today's announcement we are still waiting for both - though let's be fair there is plenty of time to go in this transfer window.

McLaughlin arrives on a free, and with a 2-year deal. Thoughts? Poll below :)

What do you make of the Cmac signing?