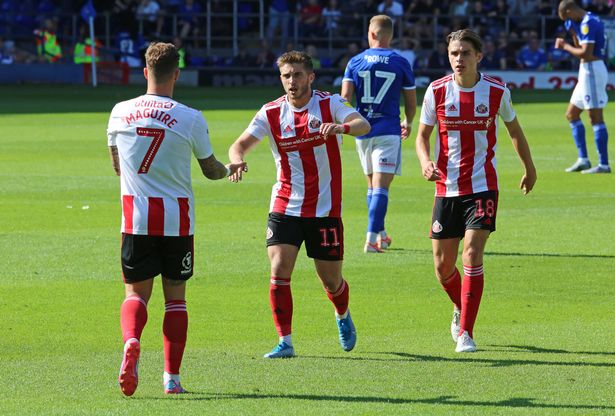 So is 100 points a realistic target for Sunderland?

Put simply, yes, but I have no doubt in typical Black Cats fashion it will be made as difficult as possible. We’ve started well with 5 points from 3 games but it could’ve been better. I honestly think we can make more than 100 points. We have vastly improved the squad and it is looking much healthier in all departments with additions set to come along to add more depth.

I think one major issue we had last season was that if you scratched the surface of our squad there wasn’t much to it. So any injury or suspension essentially severely weakened us and it showed. Obviously we had other issues of goalscorers, a leaky defence and lack of killer instinct. However, it is very possible we have put those demons to bed with the impressive win against Portsmouth.

Portsmouth always seemed to have the upper hand last season. Every ball and every card seemed to drop in their favour. Saturday, though, we looked very comfortable defensively and much more aggressive in the press. Last season I think we had a 'softly softly' approach when pressing high against opponents. When we are in a league where they will just pump the ball over the top of you, a high press can force mistakes and create chances. We saw that in full effect with Maguire’s goal.

This season is looking bright and prosperous. We must keep the momentum going against Rochdale. It will be difficult but we won last season thanks to a last minute winner from George Honeyman, and the lads look a lot stronger now and should have more than enough to deal with the Dale. I’m sure I said that a lot last season though (chuckles nervously).

I also believe that the fans must stick with Ross and the squad. There was a toxic atmosphere building after the two opening league games and we must avoid that at all costs. The gaffer has fired back at his critics this week in the media and rightly so. He has done a very good job and deserves some credit. A solid 8/10 from me considering the state of the club two years ago to now, we are a much healthier club.

So let’s take each game as it comes and preferably avoid cup competitions this year. While yes, it can be a welcome distraction it’s probably not worth risking losing major players to injuries and fatigue. We also have to make sure we take full advantage of any slip ups made by our rivals. This will hopefully put more focus on the play off positions rather than us.

Luton's gap last year meant they had this freedom to avoid too much attention and just went about their business. I think if we can create that kind of freedom it will give the club that breathing space to focus on doing the right things, instead of owners having to defend transfers or contracts every few weeks. Players pick up on these things. Just the other day I saw Lynden Gooch replying to a petty piece of criticism which turned out to be false. We don’t need that and shouldn’t see that. Let them do their jobs and support them as best you can, any way you can.

Finally, Mr Donald announced this weekend, kind of, that we may see new new investment from some mystery people who will be revealed in time. I hope this is a positive step and is done in the correct way and we don’t have another Mark Campbell affair. I also hope that all is well with Charlie Methven. He has been quiet of late. Whether this is a conscious decision or I’m reading too much into it, he seems to be a tad in the shadows and I hope there isn’t a bad reason for this. I quite enjoy him and think he really does believe in this club.