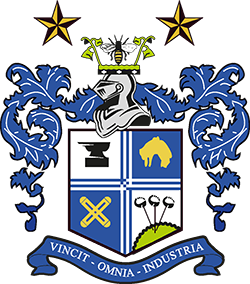 Bolton Wanderers are trading as a football club under new ownership but this picture could’ve been so different 48 hours ago. Bolton Wanderers issued a statement saying that the club would be liquidated if they did not find a buyer by 5pm on Tuesday 27th August 2019.

Bury faced a similar but not as fatal consequence at the same deadline. Bury would lose their place in the EFL and must register with a league much lower down. However, that is not clear cut because the owner could pull the plug and liquidate the company anyway if a buyer can’t be found. There was a slim hope of a deal and the EFL would have offered an extension if a deal could’ve been done within days but again it’s not clear cut.

Bury have been in the football league for more than 120 years and not that long ago Bolton Wonderers were rubbing shoulders with the big boys of the Premier League. The most important victims in all of this is of course, as always in football, is the fans. They may continue to support their team at a lower level. Or they could potentially support a “born again” club like Darlington did a few years ago.

So it kind of puts it into perspective when we see the fact that Sunderland A.F.C were effective bleeding money under Ellis Short and have sown some of the wounds back together under Stewart Donald and co. With new investment on the horizon things are looking up for the Black Cats but what does the situation at Bury and Bolton mean for us?

The EFL confirmed that clubs which are kicked out of their leagues will have all fixtures and results expunged. They would also reduce the number of relegation spaces accordingly. However 4 promotion spaces would remain in League 2 to fill the 24 club total for the 20/21 season. The Black Cats were due to play Bury in December.

Sunderland will play 44 league games instead of 46 (excludes potential play off semi finals and final). While this is a prospect that should make lads fans happy, after the fixture build up last season, it leaves a sour taste knowing that fans are so close to losing their club they’ve supported all of their lives. I couldn’t imagine life without my precious yet really, really, annoying burden, Sunderland A.F.C so I suppose I’m just grateful.

I don’t think we’ve heard the end of the situation at Bury and Bolton. I’d like to think that this will force the EFL to rethink their ownership rules and also how clubs in administration are dealt with in the future. I can see some nasty legal battles ensuing over Bury though. Which may in fact end the club for good. The owner Mr Dale effectively said as much in recent interviews.

I want to try and end this article on a positive note but it’s difficult. Football is for everyone. It shouldn’t be lost to bad businessmen or greedy owners who want to make a quick buck. It should also not be lost to people wanting to pick up a football club on the cheap. Football fans have all suffered as a result of an individual or a group of people who abuse and use clubs as play things or burdens.

When fans invest time and money and in some cases generations into supporting a club they should not passed to the side and ignored for the benefit of the few. I hope that Bury and Bolton both find buyers who care and are able to make the clubs compete again. However, if they don’t I wish them nothing but success and hope they climb the ladder quickly. 2 clubs with great histories who deserve better and will hopefully get better.