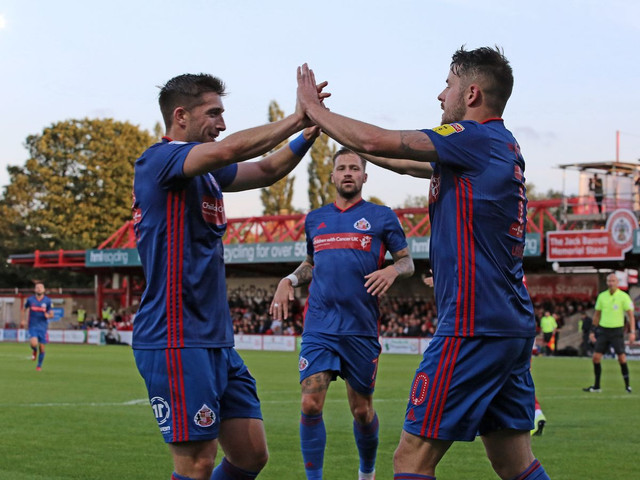 One win apiece (in normal time) and three draws for either side last season, it will be an intriguing, feisty encounter between two well matched sides.

Tactics - How Should Sunderland Line Up?

Sunderland come into this on the back of their first win of the season, a 3-1 win at Accrington. A well worked goal from Marc McNulty, his first for the club, put Sunderland 1-0 up at half time, before a second half penalty squared the game up. Ross reacted by introducing a revitalised looking McGeady which changed the game, scoring a fantastic solo goal, before another substitute Charlie Wyke tapped home on his return from injury.

It was just the reaction Sunderland needed after the Ipswich game that was arguably the worst performance since Ross took over at the start of last season, after they somehow escaped with a 1-1 draw following a dreadful mistake from Ipswich centre back Luke Chambers.

Sunderland lacked any control in the midfield and distribution from the back was very poor. The centre backs were bullied by Norwood and exposed by the pace of Jackson, whilst the two wing backs were consistently caught out of position. A switch to four at the back in the second half and introduction of Maguire helped regain a little control, however Ross will need to learn his lesson in what will be a similarly tough proposition v Portsmouth.

The performance of many on Tuesday will give him much to ponder. Power and Leadbitter offered greater control than what has been seen in the middle this season, although the 4-4-2 he opted for did leave the game open and a lot of space in the middle, something which Portsmouth will be more capable than Accrington of capitalising on.

Leadbitter's willingness to pick the ball up deeper than McGeouch and Dobson have done in the opening games gave the defence an easy out, whilst Power's energy and presence as a box-to-box midfielder was fundamental to the 4-4-2 working.

However, a switch to 4-2-3-1 to match up Portsmouth's midfield may be wiser.

Close and Naylor will be expected to start as their two, and do a very good job at controlling games at this level. Naylor sits in front of the back four and mops up very well, whilst Close offers drive going forward, scoring twice in his last two games.

Andy Cannon started in behind the striker, and keeping him (or whoever plays in the CAM role) out the game will be key to any success Sunderland will have, as he will he be the fundamental link between midfield and attack.

When Portsmouth had their most success last season against Sunderland, it was down to Pitman or Evans being able to feed either of the wide men, or the striker from in between the Sunderland defence and midfield. Where Sunderland successfully marked either out the game, they gained greater control and nullified a large element of Portsmouth's threat, particularly showcased in the Play Off games. As a result, I believe it is key that Sunderland have a midfielder who sits deep and marks him out the game.

I would opt for a three man midfield of Leadbitter-Dobson-Power, with Dobson given the aforementioned role. Leadbitter should then offer the control and give Power the freedom to play further forward, as to make sure the Striker doesn't get isolated.

Ozturk looked more assured at the back and would be the preferable option, especially competing with the physical Marquis (Portsmouth's new signing) who he dominated against Doncaster last season.  A partnership with Flanagan had started to develop at the end of last campaign, so switching back to that would make sense.

A change to four at the back also looked to suit the two full backs, with McLaughlin and O'Nien putting in more assured displays. Despite this, McLaughlin was caught out for the penalty, and will have to be switched on at all time given the pace of Harness and Curtis on the wings.

Portsmouth also attempted to isolate O'Nien up against Lowe in the games last season, given he is not a natural full back, so expect them to try the same with Harness, who impressed against Sunderland playing for Burton last season.

The danger for Sunderland playing a 4-2-3-1/4-3-3 as suggested is that the striker is susceptible to getting isolated. Playing against two towering CBs in Burgess and Downing, a direct out ball will not be an option unless it is Wyke up front, but with him not at full fitness, expect to see McNulty start.

Confidence is evidently growing for McNulty on the back of his assist v Ipswich and goal v Accrington, and his work rate up top is excellent with a great willingness to run in behind. He will require support from the midfield if he is to play effectively in a 4-3-3, but if the ball is kept on the deck, he should be able to expose the immobile CBs.

Fitness allowing, the wingers should pick themselves. McGeady's cameo was excellent on Tuesday and when fully fit, is arguably the best player in the division. Gooch has also started the season strongly, so expect to see him in the side.

All this taken into account, I would have Sunderland lining up: