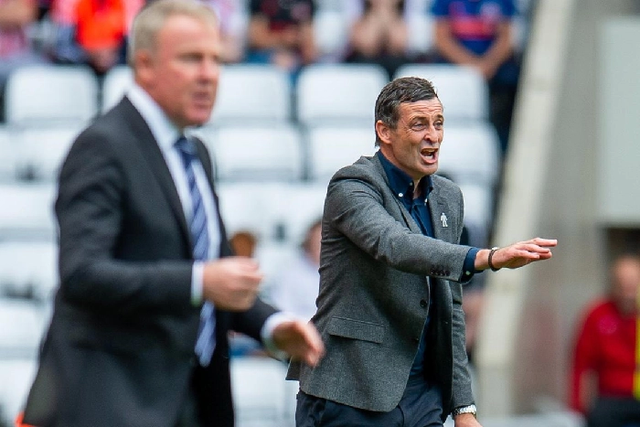 Some fans will say its about time, some will say it’s because he’s under pressure and some have even said “he’s been told to be like this by Stewart”. Personally I think it’s a mixture of frustration, pressure and, in some cases, a lack of respect.

After the Accrington Stanley game, where the lads walked out comfortable 2-1 winners, Ross fired back at BBC radio Newcastle after a question about his tactics. The question was around whether Ross thinks he was wrong to play 3 at the back instead of 4. The manager replied angrily stating;

This pretty much sums up his time as manager so far.

Armchair managers have often criticised the gaffer's tactics and I can imagine after a while it will get frustrating. I guess I understand his frustration. It’s very easy to pass criticism and that comes with the management territory and every manager from the Premier League down face similar problems.

At the end of the day he trains and works with this squad 5 or 6, sometimes 7 days a week. The players seem happy to play for him and, yes, we’ve made slow starts but this season Ross has managed to make changes which had a positive impact on all three of our opening league fixtures.

I think the squad has a much better balance now, although the left back position remains a glaring issue. I was questioning whether we needed another striker, but Maguire played a great part in the 2-1 win over certain promotion rivals Portsmouth, so perhaps Sunderland can move forward playing one up top..

I have 100% faith in Ross and in his press conference today he talked about how he made his bones in management and how he continues to do so at Sunderland. He’s a young manager with big ambitions and I’m happy for him to carry out those ambitions with us. So keep up the work Jack and lets see where we end up!