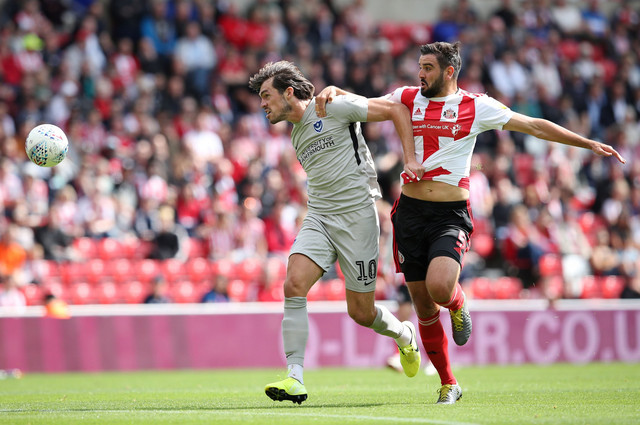 Cast your mind back to this time last year. Sunderland are playing Sheffield Wednesday and the score is 0-0 after 29 minutes. An innocuous ball is played over the top by Sheff Wed and Ozturk moves across to cover it. Caught in two minds whether to play it back to the keeper or just lump it clear, he forgets to do either and Marco Matias stole in to score. This error, coupled with a struggle in pre-season, saw him relegated to the bench for the majority of the season. One start followed against Oxford a few weeks later, but it wasn’t until Doncaster at home over Easter that he got his chance in the first team in the league again.

It was a defensive horror show against Coventry that pressed Ross into action. Dropping Baldwin and Flanagan, he drafted in the more physical, but slower and less technical Dunne and Ozturk to help deal with the physical front line of Doncaster. This proved to be a masterclass, and from then till the end of the season, Ozturk excelled in the back 4. So why has he been successful?

Physically Ozturk is suited to this division. He is strong, and although not the quickest, is more than adept at dealing with the direct nature of the league. The majority of teams in League 1 play with a target man, and whereas Flanagan and Baldwin have often been bullied in games, Ozturk is comfortable dealing with the aerial battle and physicality of these centre forwards.

This has been perfectly showcased in the last two games. Accrington bombarded Sunderland with long balls up towards Bishop and Baker-Richardson without ever looking threatening, and this was down to the relationship of Willis and Ozturk at the back. Whilst Ozturk is comfortable with the ball in the air, if he is ever turned Willis has the pace to cover. Once again, as was the case against Doncaster last season, Marquis struggled to impact on the game, often finding himself trying to drop deeper to pick up the ball, due to dominant two at the back. This played into Sunderland’s hands, with a lot of the play happening in front of the back 4, making it easier to keep their shape.

It is worth noting the one time they did get in behind they managed to score, however Willis was unlucky as he recovered well, only for the ball to fall to Harness after a number of blocks. In the second half, Portsmouth introduced Harrison to try expose the lack of pace, but their inability to win the first headers against Ozturk was evident, and as a result rarely threatened from open play, nor open Sunderland up like they did for the goal.

Ozturk’s success has also been brought on by less of a reliance on him to play out from the back. There is an acknowledgement that he isn’t consistently the best passer of the ball (although his pass in the build up to the second goal on Saturday was brilliant), and this has actually aided Sunderland in two ways. Firstly, Leadbitter and Power have to drop deeper to retain the ball, meaning that there’s less “Hollywood” passes played from our centre backs (Flanagan and Baldwin often guilty of this). Instead, Ozturk will often look to play the simple option and keep it relatively low risk, learning from mistakes such as against Darlington in pre-season and Sheffield Wednesday in the cup last season.

Furthermore, for when he does take a no-nonsense approach, the return to fitness from Charlie Wyke has been key. Wyke’s hold up play has been particularly impressive since his return at the back end of last season, and his two substitute cameos this season has once again shown how important he is to the team. When Ozturk needs to, he can clear his lines, full well in the knowledge the striker has a good chance of winning the ball. When Grigg, and earlier last season Maja, lead the line, any clearances would often come straight back, meaning that the centre backs would be taking on greater risks, or see the ball constantly turned back over to the opposition. Now, Sunderland have two options when Wyke plays, and less pressure on the likes of Ozturk to play out from the back at all times.

We have already been caught out once at the back this season by overplaying it against Oxford, when defenders knew that a long ball would lead to it coming straight back, so felt pressured to overplay at the back. Instead, as shown in the second half against Portsmouth when Wyke was introduced, the game plan looked clearer and created a lot of space in midfield, with Portsmouth’s back 4 wary of the threat of Wyke.

Portsmouth evidently missed Matt Clarke (who has departed to Derby via Brighton), but Wyke capitialised on this expertly, giving the defenders a major headache, fighting for, and winning, a lot of aerial duals.

Given McNulty’s injury, I would definitely start Wyke against Rochdale, as well as keep the centre back pairing exactly the same. Finally, as an added bonus with Ozturk, he has started to look threatening from set pieces, and could’ve had himself a goal down at Accrington. For those of you who like a bet, 33/1 as a first goalscorer or 14/1 anytime could be worth a £1 of your money given our increased promise from set pieces in the past games.