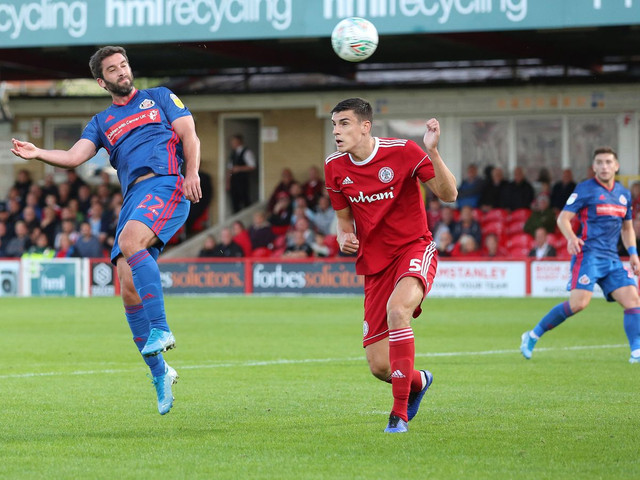 Obviously Burnley are a proven Premier League side with quality players and, in my opinion, a much underrated manager in Sean Dyche. He brought the Clarets Europa League football remember. Dyche’s side is built to be competitive and fight tooth and nail for everything all over the park. His back four is tough and no-nonsense, his midfield technical and assured and his attack comprises of two incredibly hard working strikers – usually Chris Wood and Ashley Barnes, but tonight I suspect Jay Rodriguez to get a run out – supported by pace and trickery on the wings.

Basically his teams embody a good old fashioned English football team minus the long ball tactics you would expect.

They’re comfortable out of possession and seem to be continuing a ruthless streak in front of goal which started last season, hopefully some of the personnel changes unsettle this very well drilled set up.

Jack Ross will be fielding a more youthful side than we have seen of late. The promising partnership of Dobson and McGeouch will get another chance to gel and Will Grigg should get a start up top. The former Wigan man seemed to be totally out of form and confidence during the pre-season and the first couple of games but this has changed recently.

Coming on against the Dons Grigg showed intelligence and good movement to pose a different type of problem to the Wimbledon defence and hopefully he can continue this against what will be a more cultured defence than we have played in recent times.

Luke O’Nien could get a midfield start but it’ll probably be Embleton that gets the nod to pull the stings creatively. Whatever the changes I hope Jack Ross continues with his game plan which has brought goals and we try to hang onto as much possession as possible to frustrate a higher quality opposition and hopefully get the Turfmoor crowd on the Claret’s backs.

Burnley’s record in this cup against lower league opposition is woeful. Sunderland’s bogey boys Burton Albion knocked them out last season and they’ve not been past the third round in recent memory. We’ve already seen some big sides sent packing out of the competition by inferior opposition – just look at Crawley knocking out Norwich and Oxford sending Millwall down on penalties.

If Burnley expect to trot out at Turfmoor and knock the ball about with ease, putting on a show for their fans with a comfortable win, then we will see Jack Ross and his men cause problems. If there is one thing this Sunderland side has in abundance, its character and not knowing when it’s been beaten. I’m hoping that we catch them on the surprise and land a goal which would do wonders for continuing to build our confidence. If it goes to penalties than our recent record suggests we won’t progress but I hate writing this part with the expectation we will get beat.

In all honesty I expect us to lose but to put in a good showing to give Jack Ross some selection headaches going forward. I suspect 2-1 or 3-1 to the home side. If it’s all level going into the last 20 minutes then I have no idea what’ll happen but let’s just look at this one as a bit of a free hit with the league being the real challenge to tackle.

Hopefully we get a goal! 2-1 Burnley.