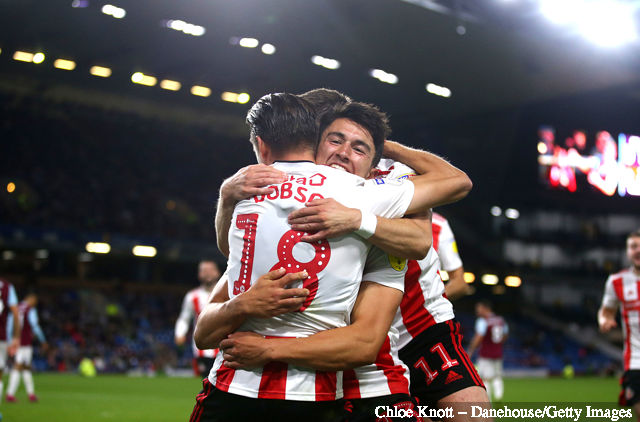 New summer signing George Dobson may not have had the quality to match the opposition, but he definitely has the stamina. This young man covered every blade of grass, hassled for every loose ball that he had a chance of snatching and bagged himself a goal.

The strike in itself was sublime. To somehow angle his shot through a sea of bodies to find the back of the net from outside the area... Take a bow son.

Luke O'Nien is loved by both fans and his manager alike. He's forever smiling, works his socks off and really goes the extra mile to engage with the fan base. To continue to conduct himself in such a manner while essentially filling in at right back is praise worthy.

Tonight he definitely showed what he is capable of if deployed centrally. He just seems to find himself in the right place at the right time and he executed his role in the short corners with aplomb. It was his pass after receiving the ball from Gooch which teed up Dobson outside the area. Food for thought Jack Ross?

Grigg is a lucky man?

Will Grigg has slowly but steadily made progress since beginning the season woefully. He ran himself into the ground tonight in search of a chance to finally open his SAFC account for the 2019/2020 season. And what a chance it was.

Young academy lad Denver Hume seemed to deliver more quality crosses into the Burnley area than a League 1 player should ever be allowed against Premier League opposition. It was a fluffed clearance from a Hume cross which presented Grigg with half a chance and he duly took it. His reflexes and accuracy to bury the ball beyond former England number 1 Joe Hart was a joy to behold and judging by the look on the former Wigan man's face, a joy to score too.