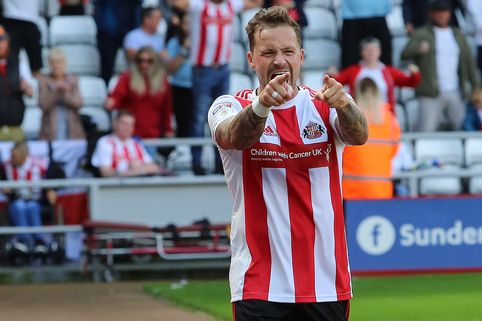 Here's my initial thoughts following a much needed and reassuring win against a potential promotion rival.

The wall of Ozturk

He makes the odd mistake with his positioning but in the air and when it comes down to one on one defending his physical strength is rarely bettered. With a pacey aggressive partner in Willis alongside him, Ozturk showed all of his best qualities. Strong in the air and he reads the game well, the Dutch born centre half acquitted himself well, building on his strong performance against Accrington.

John Marquis struggled to make his physical presence known due to being well marshalled by one of Ross's first signings last summer. Surprisingly for such a massive piece of human being he's quite calm on the ball and strangely seems to pass better than the markedly more athletic Willis. Cemented his spot for the next game in my eyes.

A goal from a set piece?

Jordan Willis threw himself between three Pompey defenders to glance a header into the bottom corner. The delivery was crisp from Leadbitter but the goal was definitely down to the former Coventry man's determination to get on the end of the set piece. We've rarely been a threat from set pieces over the last decade. Big Sam did temporarily rectify that during his short but impressive tenure at the Stadium of Light but it's sparsely been replicated since.

Hopefully it's a sign of more to come, especially with Willis pointing out that it was his first headed goal. If we can consistently be a threat at set pieces teams will think twice about setting up for the counter attack when we earn a corner, which we fell victim to time and again last season.

Maguire in the pocket?

I was particularly impressed with Chris Maguire and his positioning throughout the game. He popped up in space to give us options throughout and made smart decisions in possession to put Sunderland players in dangerous positions. Some of his little passes around the Pompey box to keep our attacks alive were simply sublime and he seems to be striking up a tasty partnership with McGeady when they combine down the left.

He can be wasteful but he at least has a go and I think we saw the best of what he can bring for large parts of the game and he provides a good link from midfield to attack when linking up with Max Power, who also had a blinder today.