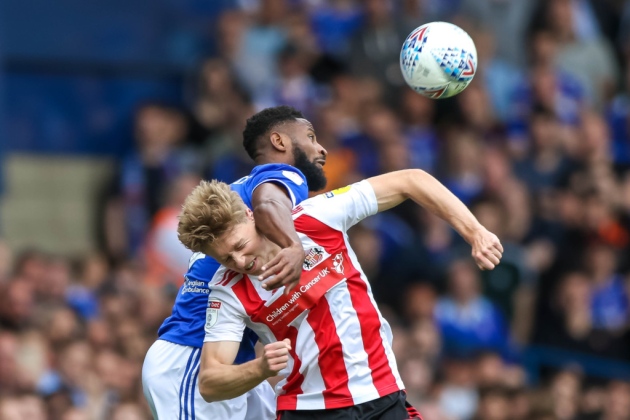 Last season, we only paid attention to the best two and worst rated players when showcases your comments. This season, we've decided you lot should take even more centre stage. Not least because clearly you talk less nonsense than me, but also because sometimes when Sunderland are naff (which is all the time) I feel incredibly lazy and this way I get to do even less work :D.

Two comments per player  - have a read, see what you think. We've got a comments section at the bottom if you have something to say. There's also a 'What do you think' bit at the end, give us a thumbs up if you like the new set up and an angry face if you don't!

Not a single player manager to earn a rating of 6 - which is bang average rating by the way. So you can sort of guess the theme of the comments, though we've deliberately chose the ones that contain fewer profanities...

Getting worse with his distribution, inability to release a quick throw or goal kick, get Jimmy Walker back ASAP - Agent Ashleys Bank Account

Hard to look decisive when playing behind a shambolic, error-prone back three. Could have done better with goal, though good positional sense on a couple of occasions when Ipswich might have finished better. - Brandon

Looks all at sea playing in a three. Looked far more assured after half time and used his pace to get us out of trouble at times. - Alfa

Poor first half but did improve with the change of formation. - Kenny R

The swirling wind caught him out first half. Can't fault his efforts - Anonymous

Why is he in the team? A right back who struggles to even pass the ball back - Anonymous

Not at the races today. Seems to me that he’s a full back and not a centre half. - Colin Whisker

Looks totally out of his depth - Winch

Please Mr Ross, take this excellent young prospect out of the firing line. Denver clearly does not understand what is required of him and in both attacking and defensive positions and was responsible for attacks breaking down or for making it easy for runners to find space. If we persist with him, we'll ruin his confidence and he may never recover. - Sir Bob

Back to his meh norm - Anonymous

Did not influence game - Malcolm Gray

Best of a bad bunch in Midfield - Anonymous

Combative second half. His commitment is crucial - Paul

Made huge difference second half - Anonymous

Although he has scored both our goals, he still overplays the ball and fails to release it at the right time. - Kenny R

A couple of cameos, but obviously not fit. Need him at full strength. - Colin Whisker

Ran and ran. His chasing of a lost cause got us an undeserved point - Alfa

Busy, you can see why he was successful with players around him who had similar sense of purpose. But how long will he retain enthusiasm playing in this poorly organised and unmotivated team? - Brandon

Should be in the starting eleven, made a big difference when he came on. - Kenny R

Wasn't intimidated - From the outside looking in

You'll never see the real Will Grigg under this manager. - Marco

4 Million you are having a laugh - Anonymous