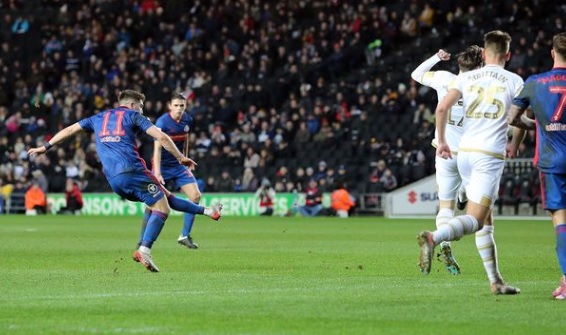 Lynden Gooch scored - again - with a simply superb winner late in the second half to ensure Sunderland keep the pressure on the top two in League One.

MK Dons pressed high and hard in the opening period to stagnate the visitors, but the second half was far more open. In truth, either side could feasibly had ended up the winner, but Sunderland created the better opportunities all game, missing at least three sitters. Gooch's winner was anything but that.

The corner feels well and truly turned for the Lads with eyes firmly placed on the two top spots rather than simply hoping for a play off position, such was the dire situation we found ourselves in after Phil Parkinson's poor start as manager. Now he surely has support of the majority of Sunderland fans, and we're loving it.

Time to rate the players once more, you can also leave comments which we feature in future articles looking back on the match, such as this one. We're also hoping to release our new podcast next week and this feature will be a big part of that!

It's easy to join in, just select a rating for each player from the drop down and leave a comment. The latter is entirely optional, you can leave it for some or all players, it won't stop you from submitting the ratings and seeing the scores at that point.