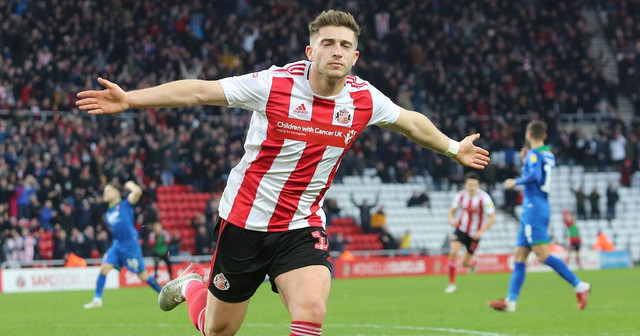 Like / don't like this article? Scroll down to the bottom, there's some emojis you can us to let us know what you think! We're also recruiting - so if you fancy being a writer, social media guy or even a graphics whizz - drop us an email [email protected]

This evening we thought we'd (finally) take a look back on the last couple of home games which have been catalyst to a significant shift in supporter mood with manager Phil Parkinson. Home victories against Lincoln (3-1) and Wycombe (4-0!) saw Sunderland extend their unbeaten run to six, earning 12 points in the process. After the disappointing homdraw with Blackpool that began this run of form, Sunderland were a whopping 16 points from league leaders Wycombe, but after battering them at home last weekend that gap is now just six points with a game in hand. What a difference a month makes!

In a time of great division and despair for Sunderland it's nice to be able to reflect on something positively, and let's hope this is not yet another false dawn - and more a swift change of direction which will ultimately lead us to promotion. The progression under Phil Parkinson has been slow but effective, and perhaps an indication as to how bad things were before Jack Ross' dismissal.

What is incredibly lifting to see is some whole-hearted positivity left on our Player Ratings feature. After the Lincoln game, the Lads were rewarded with an average rating of 7.1, easily the highest team rating since Parkinson's opening home win against Luton. But that was trumped massively by the proceeding 4-0 win over Wycombe, where defence, midfield and attack all achieved an average rating of 8 or above, and a team rating of 8.2 - the game was, according to our readers, the best performance of the season by Sunderland. Who can argue with that?

Gooch is playing his best football since early Jack Ross where he couldn't stop setting goals up for then goal machine Josh Maja. Since returning from injury against Bolton, he has been instrumental to some inventive attacking play and often leading the charge in our high-pressing set up. The second goal against Lincoln and penalty he earned against Wycombe are superb examples of what can happen in this league when you press high and quickly.

This is League One, and it's a low-standard League One also compared to last season. Sunderland are proving that if you show good fitness, and press teams quickly and collectively, mistakes happen - alot. It has been a feature of the revival in Sunderland's form and Parkinson can take a lot of credit for the shape of the team at the moment - both in terms of fitness and organisation. Gooch's has showed tremendous endeavour in supporting the collective team press, but has also began to express himself more in possession.

Remember moaning about Gooch running down a blind alley every game and not looking up? I laid that criticism firmly at the American's feet, but he is like a new player right now. It's not just the endeavour in the press, he is showing more vision than I've ever seen from him, and he looks to be perhaps the most integral part of our attack.

Chris Maguire was the other man to significantly impress our readers. It's hard not to link this with the demise of Aiden McGeady. Their friendship was well documented, with Maguire looking out-of-shape all season and struggling to command a place in the first eleven every week. After McGeady's exile, Maguire has clearly worked very hard, particularly on his fitness. The lad looks like a new signing, trimmer than he's ever been in red and white and showing the very best of his quality, regularly.

The most satisfying improvement from Maguire has been his consistency from set play. Ross relied heavily on Grant Leadbitter to put in a quality ball, which was likely to be the only reason Leadbitter maintained his starting spot, due to inconsistent performances from Maguire. Now, every time he steps up to a free kick around the penalty box I've got that feeling it could easily end up top bins, similar to the feeling I had when Seb Larsson stepped up to take one during his first season on Wearside. Corners have been repeatedly threatening too, with Sunderland proving to be absolute menaces from set-plays in recent weeks.

Of course two players do not maketh a football team. Max Power and George Dobson are forming a fantastic partnership in midfield, whilst defensive stoutness and superb goalkeeping ensured a clean sheet against Wycombe. Denver Hume has been particularly impressive recently, and was rated our 4th best player in the last pair of games with a rating of 7.7, behind the ever consistent Jordan Willis.

It would be rude not to leave you with a few comments left over the last two games, we've focused on Maguire and Gooch - because it's about time we focused on the big positives around Sunderland. Will you join us?

The league 1 Lionel Messi is back, couple of step-overs and a burst of pace over 10 yards, look like a different team with him in the side - Joel

Worked really hard and gives us the balance we have been lacking. Took second goal really nicely - Dave

Tireless. More of this every week please - Get behind the club

So much fitter. Formation suits him. Outstanding - Dav

Unplayable against in this form - Johnny

Sh**houser is back ;) What a beautiful free kick , was it it all game , held the ball up well and played with heart - Agent Ashleys Bank Account

Looking interested again. A noticeable weight loss has revived his hunger. Good closing down to get the goal. - Ian McCabe