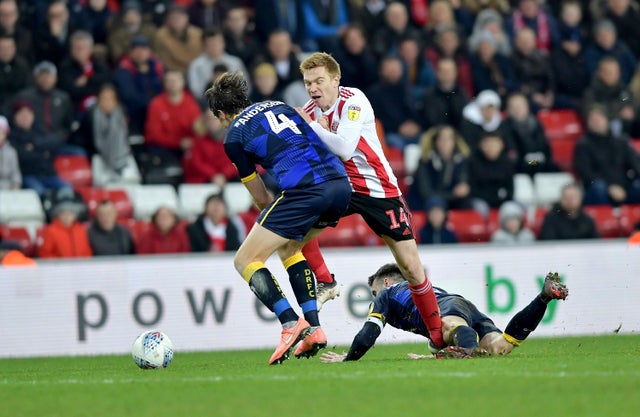 Since then, we've seen purported Sunderland targets move elsewhere, and little advances as far as incoming transfers is concerned.

A frightening reality hit on Friday evening - games where Chris Maguire or Lynden Gooch can't produce the goods - there is nobody else who can. The pair have been in scintillating form of late, spear-heading Sunderland's revival including Gooch's spectacular winner against MK Dons. Just how worried should we be?

Aside from Maguire and Gooch, three other attacking players featured in the game against Doncaster. Charlie Wyke has been Phil Parkinson's preferred front man, whilst Kyle Lafferty and Duncan Watmore made appearances from the bench in the last twenty minutes to try and change the game. It's safe to say Sunderland fans were not impressed, with the trio averaging a rating of 5.2 in our Player Ratings piece (Wyke finishing rock bottom of the ratings). Here's a snippet of the comments left;

Can’t jump, can’t head the ball or hold it up , just not good enough - Kenny R

Can we seriously keep carrying him? Needs to go and free up his 28k a week for someone who isn't (understandably) scared of a tackle - Agent Ashleys Bank Account

Can't control a ball to save his life - Anonymous

Showed what a lone front man should be doing - RonW

It's interesting to note that, despite a disappointing personal rating of 5.5, the comments were generally sympathetic and encouraging of Lafferty. Throughout his career, the former Rangers and Norwich forward has never been a potent goalscorer, but in his brief cameos for Sunderland has shown some nous when it comes to bringing other players into the game. This fits in seamlessly with Parkinson's preferred tactics, where the front man's main duties are to create space and opportunities to win the ball higher up the pitch.

With 18 games to play points are precious. It's that point in the season that the true challenges for the top two spot prevail, Ipswich, Rotherham, Coventry and Sunderland now appear to be the form sides as we look towards the end of the season. How many more games can Sunderland afford to dominate and not score?

Watmore's inability to find form or make any impact on the starting squad must be a huge concern for Parkinson, and a creative option simply has to be our main focus between now and the end of the transfer window. It's not the only player we need, but it's the kind of player we needed on Friday to nick three points which would have had us four points from top with a game to spare.

Here are the full rating results from Friday's game;

A quick side note - there seems to be a trend with our overall team performances and whether or not O'Nien is top of the ratings. Suggesting that he is our most consistent player right now, if he isn't our most impactful.

Luckily we don't have to wait too long for an opportunity to rectify things against Tranmere.