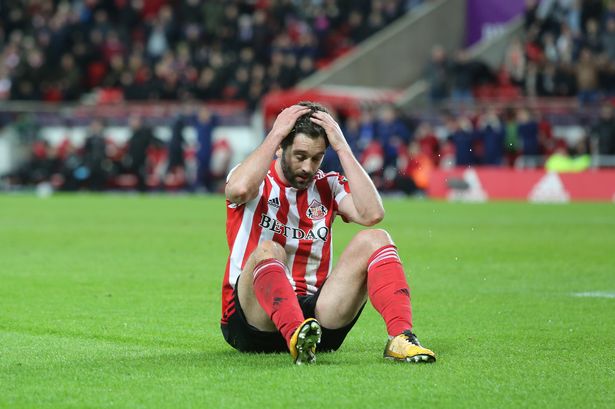 Like / don't like this article? Scroll down to the bottom, there's some emojis you can us to let us know what you think! We're also recruiting - so if you fancy being a blogger - drop us an email [email protected]

Roll back the clock some three and a half years, Will Grigg is called up to the Northern Ireland squad to represent his nation at their first ever European Championships and their first major championship since the 1986 World Cup. The month prior, "Will Grigg's on Fire" became a sensation, including a Uk Top 100 song. Suddenly, Grigg was becoming a house hold name on the world stage.

Grigg never did appear at the Euros, but his recognition came after a scintillating debut season with Wigan where he notched 28 competitive goals as the Latics were promoted to the Championship as Champions of League One. Unsurprisingly, Grigg was the league's top goal scorer that season.

It was as good as it got for the striker as he failed to make any discernible impression in the Championship, though he had similar success again in Wigan's immediate promotion - notching 19 league goals. After that, he would fall into obscurity before a big money move to Sunderland, who offered him the chance to reignite the fire. Let's be honest, everything that has followed has been atrocious, which I don't think anyone disgrees with.

I know that some do hold sympathy for Grigg, citing our playing style and the speed with which the stands grew tired of the striker's poor contributions as factors behind his miserable Sunderland career. But, there is only one person to blame for Grigg's inability to make an impact on Wearside - and that is Will Grigg.

His form with Wigan in this division was a combination of factors which made up the 'Goldilocks' period of his career. He played for a relatively small club, which played a style of football that suited his one-dimensional play. He is very much an old-school centre forward who plays on the shoulder of defenders, relying on the midfield to look for his run-in-behind. With a decent finish in his locker, everything was just right at Wigan.

The fact is that he is very one-dimensional and not exactly lightening quick. More competent defenders in the Championship marked him out of football matches and Grigg didn't have the answer. At Sunderland under Jack Ross, we didn't need a Will Grigg, we needed a striker capable of creating space and scoring with half a yard - a Josh Maja, for example - so the signing of Grigg was doomed from the start, despite it making some sense at the time.

What makes it all the more frustrating for supporters is that when Grigg doesn't have the answer, he doesn't have the heart or graft to make a positive impact elsewhere on the pitch. Instead of coming short and linking the play, running the channels and making a nuisance of himself, he'd swan about like the world owes him a favour. No Sunderland forward has contributed to fewer passes-per-minute than Grigg, a statistical example of my point.

It's absolutely no surprise that SAFC fans saw through him almost immediately. The fact he spent more time commuting to and from the midlands than he did training with the first team is just further example of his non-committal to the cause, despite the fact he is one of the top earners. With limited or no exceptions, all successful Sunderland players have been fully committed to the cause, half-hearted contributions just don't cut it on Wearside. Unfortunately, it is almost certain Grigg will join the large list over overpaid, underperforming and disinterested footballers that have cursed our club.

Phil Parkinson has proved himself a manager who won't carry passengers. Grigg was given opportunities, albeit forced in the absence of Charlie Wyke and Marc McNulty, and continued to disappoint. Now the lack of endeavour and willingness to adapt his game sees him linked with the likes of Salford City.

The shiny lights of the Stade de France and Stade Velodrome must feel a long way from now.