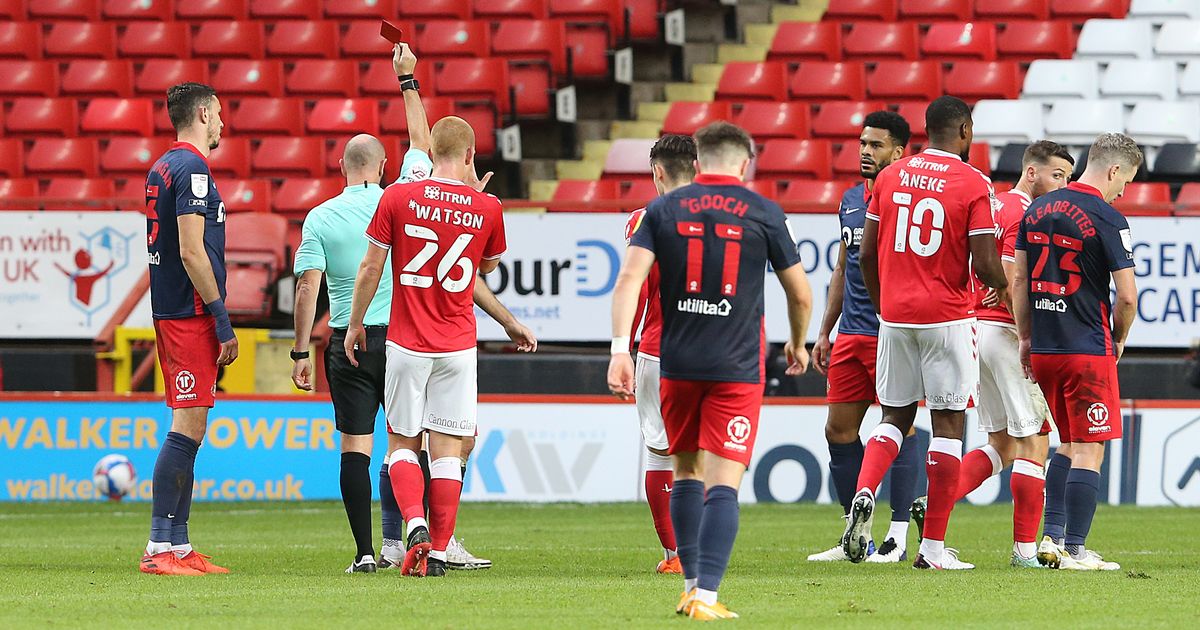 Note to readers - I need to think of a better feature name for this, help me out in the comments if you're more creative than me! I don't think I am mean enough to live up to 'Gmac Attacks'! Also, I've whacked a poll at the end - please take part let me know what you think.

I am sure much will be discussed about the two pivotal moments of the game, Danny Graham's ghastly miss and Tom Flanagan's late red card. The latter being a solid example of a 'professional' foul with two Charlton forwards bearing down on Lee Burge's goal.

The red card incident was a rare moment which saw Sunderland exposed at the back. Both full backs were typically advanced, supporting the attack, but Jordan Willis was also caught further up field leaving Bailey Wright and Tom Flanagan facing three Charlton players. Wright lost a rare aerial duel, and the flick on meant Flanagan had to decide whether to take a red card and prevent a simple goal-scoring opportunity, or potentially allow a match winner for the homeside. In the end, I think he made the correct decision - which may have been a different one had the incident been earlier in the game.

One thing evident in that situation was a lack of support from the midfield in defence. For all Grant Leadbitter controlled the football match, he is not the ball winning midfielder he once was. Lynden Gooch; playing on the left hand side of a midfield three, and Josh Scowen had pushed forward as Sunderland searched for a goal. It is hard to be too critical of the midfield who on the whole had a positive game.

Scowen made his first start of the season in the 1-0 win over Peterborough United last week, but did not overly impress. In our Player Ratings & Comments piece, our readers thought his performance was worthy of 6 rating, describing it as a "Disappointing performance , was expecting more from him, miscued a decent half chance" [Kenny R] and "Largely ineffectual, possible because of his early (soft) yellow card." [Captain Spaulding].

The former Queens Park Rangers midfielder picked up another yellow, something we can probably expect more of given his style of play, but was more influential today. He was Sunderland's most accurate passer of the ball (86.7%), which is often a mute point in football, but he backed that up by being the most creative outlet for the Lads. Three of his passes led to opportunities, one of which was a sitter for striker Graham who treated us to the familiar site of fluffing it from six yards. Scowen pumped seven crosses into the box, more than any other player, but was also influential off the ball - winning six of his seven duals.

Leadbitter was perhaps less impactful than Scowen on the eye, but the ease with which he plays the game allowed Sunderland to dictate a lot of the game and anchored a particularly impressive first half display. In his current form, the club captain is invaluable to ensure we have that element of control.

The weak-link of the midfield three was Gooch, perhaps unsurprisingly given it is not his most comfortable position. The American was heavily involved, with 53 touches, but largely clumsy in the tackle and less effective going forward. It was the second game in succession Gooch struggled to influence, having been rated just 5.1 by our readers for his display against Peterborough, described as "Mr inconsistent he’s frustrating to watch blows hot and cold" [BP53] and a rather scathing review left anonymously "Normal service has been resumed! One good goal and then a return to mediocrity. Has shown signs of his ability over the years but hasn't really progressed. What a waste of talent.". Ouch.

It is testament to Phil Parkinson's trust in his defence that he selected an attack-minded midfield trio, whilst encouraging his wingbacks to bomb forward as often as possible and played a high line with three in central defence. That largely worked, Charlton struggled to create anything of note but for the opportunity which led to Flanagan's dismissal. The question I think of this system is where, if at all, Chris Maguire and Max Power fit in.

Does Gooch offer enough going forward or going back to keep either out of the side? And what of Aiden O'Brien's support to the main striker? It's a useful dilemma to have and I don't think Parky has settled on his favoured eleven just yet.

I hope Scowen has a place that eleven, given he looks to be the only central midfielder we have that can create and score from open play, and positively impact our defensive shape. I fear he will be the one to be dropped for Power, but he mustn't be!

Keep an eye out for our Player Rating & Comment piece tomorrow morning, and please let me know with the emojis below if you liked this article.

Do Power and/or Maguire get back in the team?