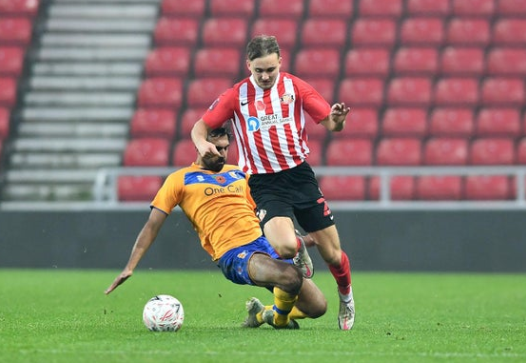 A common theme in our recent nosedive in form has been Phil Parkinson's inability to make positive substitutions, or substitutions at all in some cases. The five substitutes rule was introduced for EFL clubs prior to our draw against Doncaster Rovers. Since then Parkinson has opted to make five second half changes in the following two games, but only two of those occurred before the 87th minute - and one before the 82nd minute.

That wouldn't be a concern if the starting 11 were delivering; but they aren't. Sunderland have scored first in our last four competitive games, but failed to score again; and failing to win.

Parkinson's reluctance to give some of our promising young players a genuine opportunity to influence games is also very apparent.

Appearances from Jack Diamond and Elliot Embleton in our latest three league games have been short cameos, a total of 12 minutes between them excluding added time. The trend of handing our young attackers little-to-no game time in the league isn't new. It's happened throughout Parkinson's reign. This is despite assurances he made of giving them opportunities.

Why? Our attack doesn't score enough goals. Of the top eight, only Lincoln have scored fewer. We need more impetus, more ingenuity, more unpredictability; and our senior players are not delivering. He's missing a glorious opportunity to turn the heavy tide against him.

Much was made of Bali Mumba's exit, with fingers pointed firmly towards Stewart Donald. Mumba was given a very decent first professional contract in 2018, and Parkinson was consulted over whether he thought the midfielder-turn-full-back was worth trying to hand on to. Mumba didn't feature under Parky, and was sold to Norwich where he is already making heads turn in a team that is top of the Championship.

Parky - the kids ARE good enough.