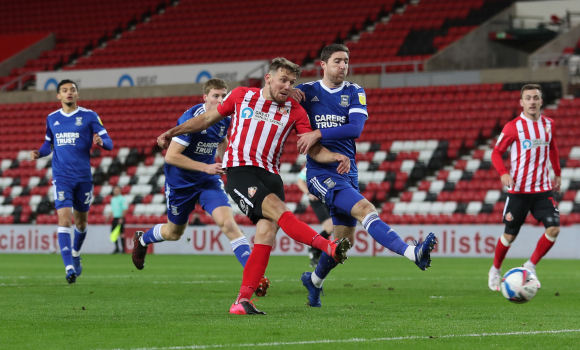 Fans could debate for hours when it comes to naming the dross that has pulled on the red-and-white stripes in the past decade and there was a stage when many would put Charlie Wyke in that particular conversation.

Instead, Wyke struggled for fitness and form, scoring just nine goals in 54 league games over two years, which clearly isn’t anywhere near good enough. To make matters worse, his style of play, with an alarming lack of pace and mobility, meant he was often a target for the fans if things didn’t work out. In some cases, that anger would be unjustified but there were times when he just didn’t look up to it, which is why he deserves so much credit for how things have turned around now.

Phil Parkinson has kept faith with the big man up top and Wyke has started to deliver. A run of four goals in five games from mid-October shows he can be clinical in front of goal and he has produced in some decisive moments already this season. Aside from that, he has always been useful with his back to goal and bringing others into play.

The 27-year-old is by no means the perfect striker, and there will still be criticism in the future, but he has proven he has the character and mentality to cope with that. Both of those qualities are crucial when you are playing for a club as big as Sunderland, where the expectancy is huge from the terraces.

Ultimately, this season is all about promotion. The financial implications of another year in League One have been well documented, so it doesn’t really matter how it’s achieved, as long as we do go up. Of course, it's easier said than done though and there are many competent challengers in the league.

There's some tough selection decisions facing Phil Parkinson this weekend - but what would you do? 🤔

Have your say in the polls below 👇👇
#SAFC pic.twitter.com/vDaaRQSxv7

Our history and stature mean nothing when it’s 11 vs 11 on the pitch but we are 11/4 title favourites in the latest football betting odds to win the league, so promotion is rightly expected. And, if we are to achieve that, Wyke will continue to have a big role to play. He has established himself as Parkinson’s main man in the early months of the campaign and he now appears to be relishing the pressure of trying to deliver for the Black Cats on a weekly basis as the number nine.

That may have once worried fans, but right now there is a confidence in the player. Nevertheless, Wyke still needs, and deserves, the backing of the support even when things don’t go well because he is going to pivotal to helping Sunderland finally get out of this division.