Like / don't like this article? Scroll down to the bottom, there's some emojis you can us to let us know what you think! There's a cheeky poll at the bottom... 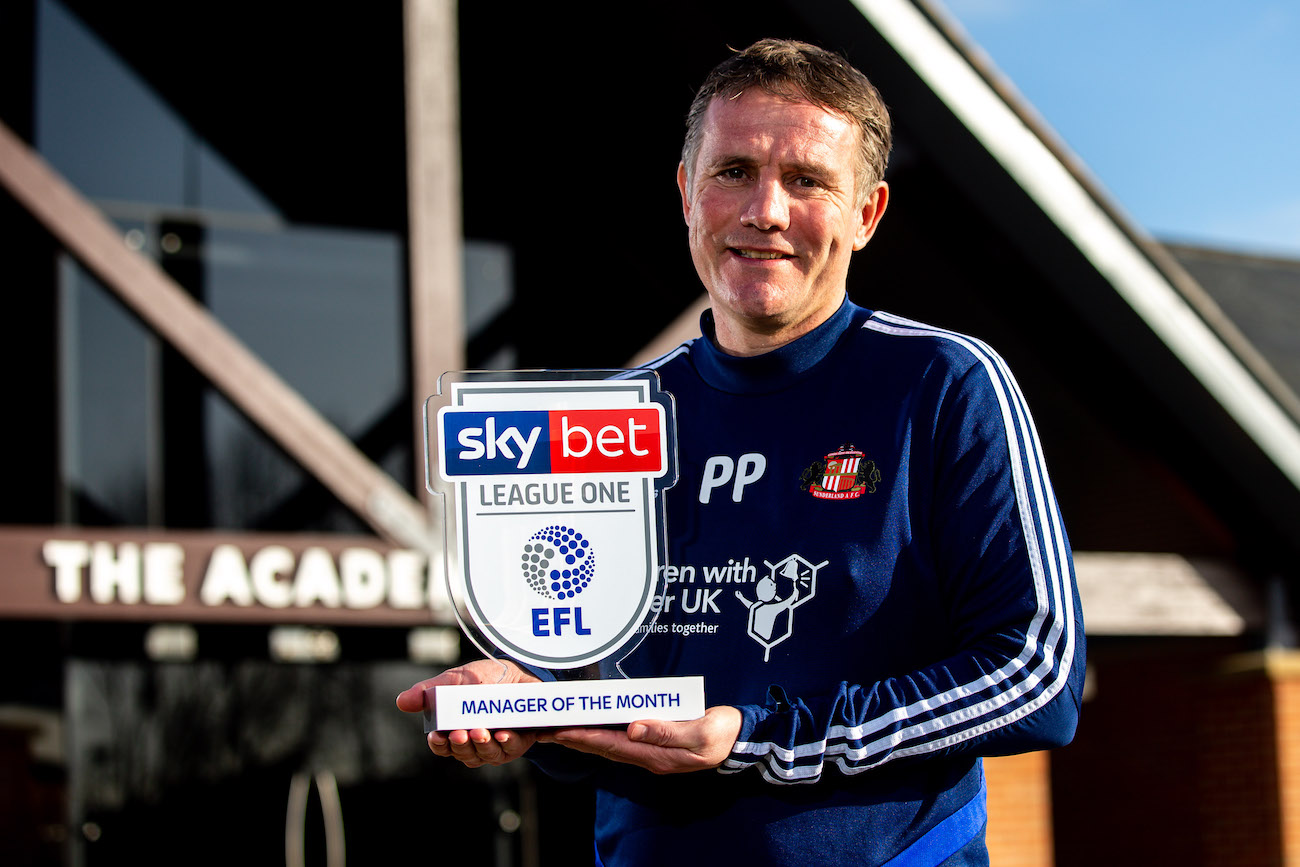 He's been honoured with a manager of the month award for his efforts and I think that despite the competition who were also in the running, Parky just about pips them to the prize.

Parkinson saw off competition from a number of League One rivals who have overseen their own team's upturn in form of late. Kenny Jacket has managed to get Portsmouth into promotion contention following an indifferent start to their season, Rotherham United's Paul Warne who has masterminded a midseason charge to the top of the table, and the physically imposing Darren Moore who seems to have halted MK Dons' slide towards the League's trap door.

But it was Wearside's very own weird uncle Phil who has been crowned as the best of the bunch for January. The Black Cats went 6 unbeaten and only dropped 4 points during that busy period of games. Absolutely jaw dropping when you look back to what was Sunderland's worst period and league position, possibly in its history of existence as a football club, prior to the New Year.

To turn things around from a nightmarish situation of major fan's groups, blogs and just about everyone else inbetween calling for your retirement, to looking like legitimate promotion contenders and smashing the club who was at the pinnacle of the league in the process is an amazing achievement and one which should probably be heralded. We've seen managing Sunderland labelled the hardest job in British football and changing things akin to turning an oil tanker, but Parkinson has managed to do it. I'm not saying the jobs done, it's not time to crack open the beers just yet. But the signs are good, the club is moving in the right direction and the result against Pompey at Fratton Park certainly doesn't mean the end of the world.

The rest of the script for this season is far from finished and Sunderland, headed by weird old uncle Phil, have as much of a chance of being promoted as anyone else in and around the top 6. The other teams don't have the not so secret weapon of of the absolute lunacy of the red and white faithful who turn up nationwide twice a week to support the lads. Let's get on Phil's magic doormat and ride it all the way to the Championship!

Have you listened to our latest podcast? You can do so using the link below!