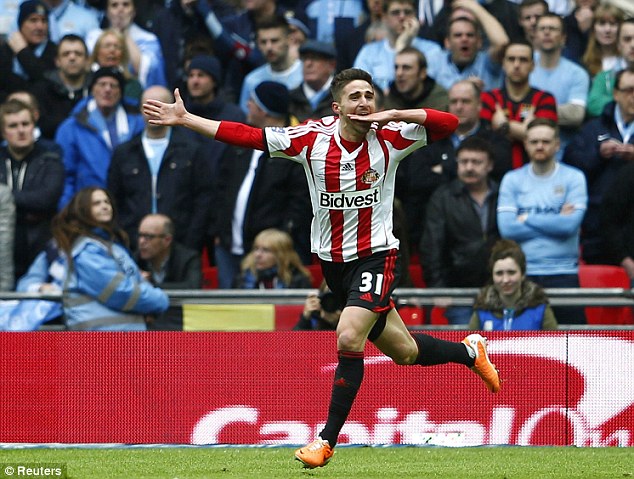 Fast-forward to the present day, and the clubs sit in very different positions. Manchester City have won multiple titles, and despite falling short this campaign, they are still very much in with a chance of finding European glory, whenever that may be.

Sunderland, on the other hand, were having a second bite at the cherry trying to get out of League One, having lost the playoff final last campaign to Charlton Athletic.

So, what went wrong for Sunderland? And what went so right for Manchester City? Well, to start with the simple answer, we best look at Manchester City. The Blues were heavily invested back in 2008 when Sheikh Mansour bought the club for £210 million.

He came to the club looking to make them one of the best clubs in the world. But he also backed up his claims by putting his hands in his pockets.

You only have to look at the side put out against Sunderland in 2014 to see how quickly they progressed. Yaya Toure, David Silva, Sergio Aguero, and Samir Nasri were just four major signings who featured that day. It was no surprise to see Manchester City roll Sunderland over - so it's safe to say it was very much expected.

Sunderland, on the other hand, have simply folded. Two relegations since their cup final defeat was definitely not expected from their fans in just six years.
Poor recruitment, both in terms of managers and players, have cost Sunderland in recent years, which is why they have ended up playing in the third tier of English football. Although, it's not as though Sunderland have ever been shy in putting their hands in their pocket.

However, continuing to spend big money on foreign talent, especially those which have never featured in the Premier League, on big contracts, was never going to work out. There was never really a plan in place at Sunderland and, as soon as things started to go wrong, it all turned nasty very quickly.

After being relegated to the Championship, Sunderland were tipped for automatic promotion back to the Premier League. Instead, with another round of poor recruitment and players not wanting to pull on the shirt, they were relegated once again without putting up much of a fight.

Although Manchester City are still the remaining champions, Premier League betting shows the title is all but Liverpool's, after yet another impressive season from Klopp's squad. But only time will tell whether Liverpool's wish will be granted, due to the current situation.

Despite Pep Guardiola's side struggling to live up to their expectations in the Premier League, they remain ambitious in the Champions League, especially after defeating Real Madrid at the Bernabeu in their first leg in the round of 16.

Sunderland, though, are still fighting for automatic promotion back to the Championship at the second time of asking. The Black Cats may well be in a very different situation to their old League Cup final rivals, but promotion would mean the world to their staff and fans, as the club continues to rebuild after its mighty fall.