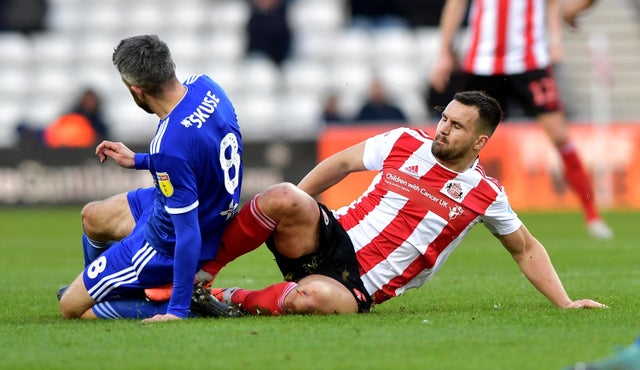 Despite their mixed form on the road, the Wearsiders lost just a single game at the Stadium of Light last year, and although they were winless in four prior to the curtailment of the campaign, they appeared to be making progress under Phil Parkinson.

The club have already begun recruiting this summer with loanee Bailey Wright's deal being made permanent. The former Bristol City defender made an instant impact upon his arrival in the northeast, before the injury-prone Aussie suffered a season-ending ankle injury in mid-February. His presence in the side helped raise the performances of those around him, and keeping the 28-year old off the treatment table next season is likely to be pivotal to their chances of promotion.

Wright is comfortable operating in a back three or in a four-man defence, and has also occasionally deputised at full-back during his career. His leadership skills are arguably his strongest suit, and with the Black Cats having kept four clean sheets in his first five appearances at the beginning of 2020, he made a noticeable difference to an otherwise shaky back-line.

He adds some much-needed experience to the defence, and having made over 200 appearances for Preston North End prior to joining the Robins, his Championship know-how should allow him to thrive at this level. Whilst his two former employers are 13/2 and 8/1 respectively in the latest ante-post football betting odds to reach the Premier League next season, the Melbourne-born defender is hoping be involved in a promotion-battle of his own. He will be hoping to end Sunderland's two-year stay in the third tier, and with the club resembling genuine promotion contenders during his short five-match tenure at the heart of the defence, a promotion push next season could almost certainly be on the cards.

He took a wage cut to join the club, and is looking forward to playing regular first-team football once again. With Bristol City having mastered an easy-on-the-eye passing style of football under former manager Lee Johnson, Wright was deemed surplus to requirements, and although he isn't always at ease with the ball at his feet, that shouldn't be a problem playing alongside the far more cultured Jordan Willis.

With a League One promotion adorning his CV, Wright is exactly the type of player that Sunderland require. However, his injury record is an obvious concern. He missed the second half of the 2017-18 season for the Robins, spending eight months on the side-lines whilst at Ashton Gate. He is also likely to be called up by the Socceroos at various points throughout the season, and is likely to miss an extra couple of games as a result.

The defender has recently returned to full fitness, and is likely to be one of the first names on the team-sheet when the 2020-21 campaign gets underway at the beginning of September. However, some fans are concerned about the Australian's ability to complete a full season. With domestic cup commitments, as well as plenty of midweek games scheduled to take place during the first couple of months, the Sunderland coaching staff must be vigilant with their deployment of the no-nonsense centre-back. He is likely to make a huge difference this season, and the Black Cats simply cannot afford to lose such a key player for any great length of time.