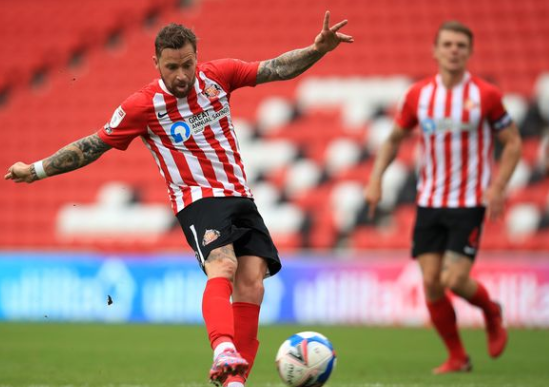 Like a tired cliché, the Lads again struggled to breakdown an inferior Bristol Rovers. The visitors were keen on ensuring little football was played in an archetype away performance against Sunderland. This is your opportunity to rate the players, but I fancy giving you a bit of guidance - just in case you missed the match.

Lee Burge - his only significant contribution to the game was conceding a penalty, aside from that he looked a bag of nerves whenever in possession.

Bailey Wright - unbelivably lucky not to have received a second yellow early in the second half, one which the ref looked like he was about to give until he realised it would equate to a red card.

Tom Flanagan - of the defenders he was the one most likely to drive us further up the pitch. Still joined in with the senseless direct play up to Will Grigg for large portions of the game.

Denver Hume - the most creative outlet and only reliable source of delivery for the otherwise starved front line.

Luke O'Nien - a very Luke O'Nien performance, full of guts and effort, and with a sprinkle of influence towards the latter stages of the game.

Max Power - I actually rated his new barnet, the newly appointed captain looks comfortable in the role but struggled to make any meaningful passes.

George Dobson - the pass leading to his dismissal was a red card offence in itself. Not a great performance from Dobson and has left us all wondering why Josh Scowen ended the game an unused substitute.

Chris Maguire - you get what you get from Maguire. Not alot throughout, but what a wonderful strike to save some blushes.

Aiden O'Brien - looks a really tidy player on the ball, I think he will end up a solid signing at this level given the opportunity to bed in.

Will Grigg - there won't be a lot of love for Grigg on his performance today, but showed enough to suggest he is on the verge of a decent season. Gave the defenders a lot to think about, but our attacking line needs more fluidity to start scoring more reliably

Lynden Gooch - a suprising ommission from the starting 11. A decent cameo.

I'm sure you have your own thoughts on what happened today. Below is your opportunity to let us know. We're back, and your ratings and comments will help us with future content, including crowning the Man of the Match.