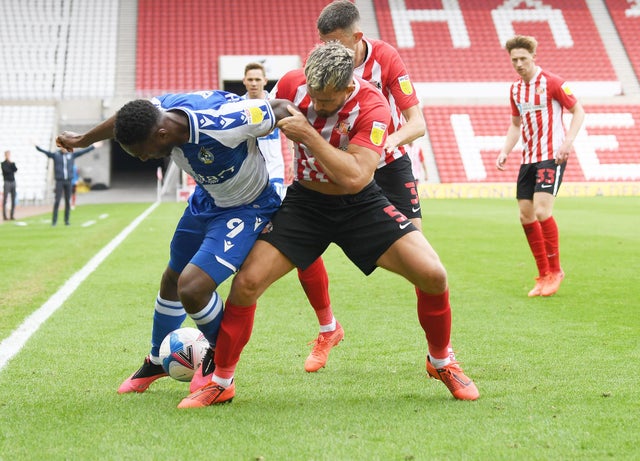 Like / Don't like this article? Let us know with the emojis at the end or by using the comments!

Keeping Bailey Wright fit looks as important as anything else with the depth of options at the back lacking. He was voted Man of the Match by our readers in our Player Ratings after a difficult opening game, described as "Outstanding - one of the players who will ensure that we are not outmuscled this season" [RayM] and "Rock solid" [Slimjim].

The former Bristol City defender has averaged 23 games a season since the 2016/17 season that began on the books of Preston North End. Sunderland also have the more reliable and equally impressive Jordan Willis, who has averaged over 35 games a season during the same period. However, with Phil Parkinson favouring three central defenders, the defensive options are thin on the ground outside these two.

Tom Flanagan is into his third season on Wearside, being an ever present in the squad since we embarked on our quest to escape from League One. The Northern Irishman has saw mixed fortunes, putting in some solid and equally dreadful individual displays. To start this season, Flanagan has posted performances which warranted ratings of 5 (v Bristol Rovers) and 6.3 (v Oxford United), giving him the lowest average rating of the three centre backs that have started both games. Comments lefts highlighted the consensus that he is the "weak link of the back three" [Ken peterlee] and that he "will always struggle in a back three as his passing is poor" [Kenny Gee].

Simply put, however, if Sunderland can keep Wright and Willis fit, Flanagan will continue to do enough to maintain Sunderland's solid defensive performances. But what if we lose one, or even two, of our defensive stalwarts? Youth would be our only option;

The Kosovo international was Sunderland's second signing of the summer and, although the actual fee is undisclosed, a 'significant' compensation payment was made to his previous club Neuchâtel Xamax - suggesting he is likely our most costly transfer this season. The 22-year-old had already played plenty of football in the top tier of Swiss football, although his former club was relegated before Xhemaji sealed his move to Sunderland.

An encouraging performance against Aston Villa's youth team in the EFL Trophy earned him a spot on the bench in the opening two games, ahead of the club's other central defensive options.

Truth be told I don't know much about Feeney. His football career is almost exclusively limited to youth team football, after his loan spell with Tranmere Rovers last campaign ended on his debut due to a hamstring injury. He managed to score on his competitive Sunderland debut against Aston Villa, in the same game Xhemaji impressed.

After signing a new 12-month contract in the summer, interesting prospect Taylor showed enough to indicate he has what it takes to push for first team football. The towering academy product was credited with interest from Premier League clubs such as Leicester and Everton earlier in the year.

History tells us we will not get a full season out of Bailey Wright. This means it's almost certain at least one of the trio of youngsters will get an opportunity to play league football for Sunderland unless Parkinson opts for a tactical change. The inconsistency of Flanagan may also lead to more opportunities. It is difficult to say which of the three are in the best position to jump into the starting 11, although early bench picks by Parkinson suggests he thinks Xhemaji is the closest. However, despite their lack of experience, and with little logic other than my niggling optimism, I think all three have a good shout of a promising football career and this season is their chance to stand out.

Whether the goalkeeper behind them will be good enough to back up a decent central defensive unit is another argument for another day.