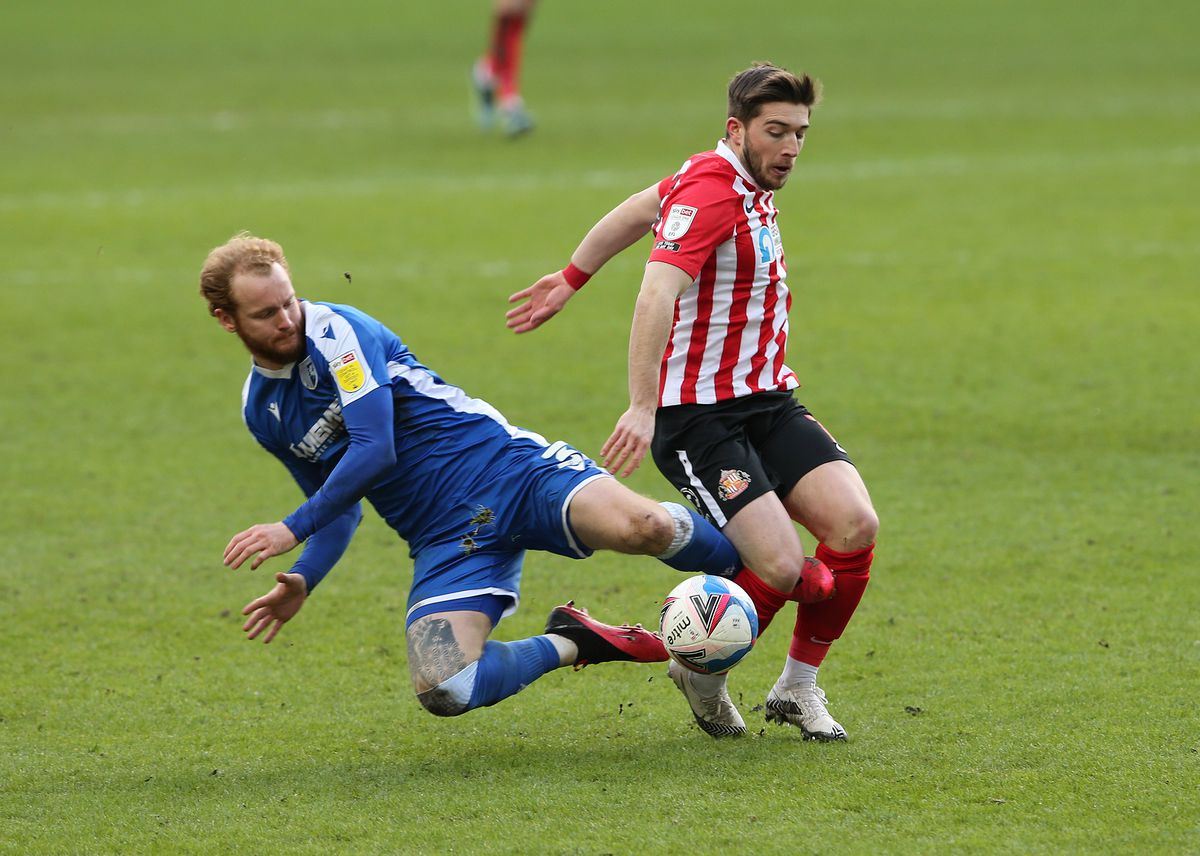 The Black Cats got off to a dream start through Aiden McGeady’s deflected effort. The Gills hit back in the 28th minute as a ball from a long throw managed to reach Alex MacDonald on the edge of the Sunderland area who placed his shot into the bottom corner. Just before half time McGeady won a penalty which Grant Leadbitter slotted away at the second attempt.

Sunderland held on a 2-1 advantage all the way till the 90th minute where Jordan Graham deservedly equalised for Gillingham. As the nature of the Sunderland performance was so poor I’ve had to switch back to 1 Good and 2 Bad, so here it goes…

Not just in this game but all-season Grant Leadbitter has been the most reliable Sunderland player. Barring a poor back-pass against Portsmouth, Leadbitter has not made any glaring errors.

Yesterday, he scored an admittedly fortuitus rebound after his penalty was saved; although, the build-up to the play prior was instigated by Leadbitter. A superb quick release pass from Grant sent Aiden McGeady into the box who cleverly won the penalty. This move just typifies what Grant Leadbitter is all about: a highly intelligent player and an exceptional passer of the ball.

He also made a fantastic block late on the game to deny Gillingham a certain goal.

Unfortunately, he seems to have lost a yard of pace, but he is still a key player for Sunderland.

A common theme this season from Sunderland has been the persistent fouling.

In the early stages of the season, it seemed like Charlie Wyke was the main culprit behind this with not many others doing it. However, as Wyke has stopped doing it as often, it seems to have spread through the rest of the team. Whilst it was was incredibly frustrating to watch Wyke persistently foul, at these they occurred in harmless areas of the pitch.

Gillingham’s second goal came from Lynden Gooch getting sucked into a challenge with a centre half and he gets played far too easily into giving the free kick away. Seconds later, Gillingham punted the ball upfield and equalised.

Steve Evans had clearly done his homework on this Sunderland side as the Black Cats were constantly exploited committing 19 fouls. The level of fouling in this game was almost comical. Very early into the game is was clear to see that this was Gillingham’s game plan.

The Sunderland players were either extremely naïve or lacked the footballing intelligence to understand what was taking place.

Just last week I was praising the discipline and game management from Lee Johnson and his players. Unfortunately, yesterday they all got it horribly wrong. The players never stopped giving away needless free kicks which ended up the catalyst for their demise.

Johnson’s three substitutions were very questionable as Leadbitter and Wyke were replaced by Dion Sanderson and Luke O’Nien. Both Leadbitter and Wyke had played well, with the former performing many crucial blocks and clearances in and around the penalty area.

Surely, if you want to see out a one goal lead you would want to keep the tremendously experienced Leadbitter on the pitch to guide the team through the match.

Although Wyke is not an out-and-out target man, he was a very effective focal point for the team and removing him completely disrupted the attacking play from Sunderland as the anonymous O’Brien was shifted into the middle.

The first player to make an appearance from the bench was Gooch. This was a confusing substitution to make as Gooch often gets frustrated thus making him give away cheap free kicks. I certainly thought that it was quite predictable that a goal would come from Gooch mindlessly fouling someone.

In a game where Sunderland continuously kept making fouls, was it wise to introduce someone with such poor discipline?