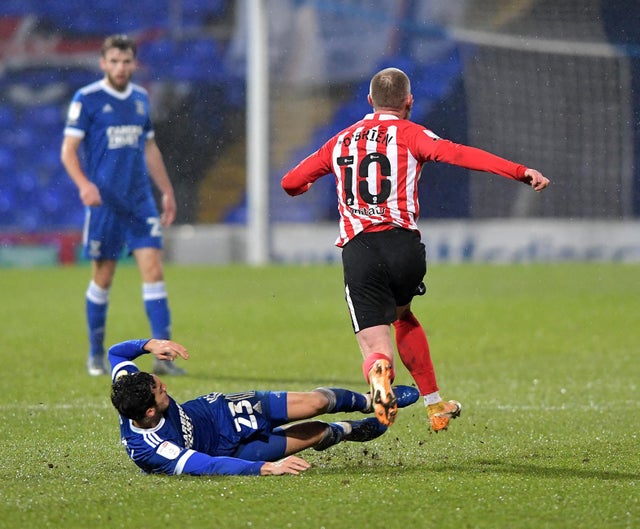 Sunderland may have only scored one goal last night but the game management by Lee Johnson and the players was superb.

This may not have been a vintage performance with the Black Cats failing to move the ball with real purpose going forward. You could argue this is by design as Johnson looked fairly content with a 1-0 victory rather than trying to score three or four more. As crazy as it sounds, with the team Johnson put out, this game would have probably suited Sunderland more with 11 versus 11.

The game plan was to counterattack Ipswich and that all quickly changed when they were reduced to 10 men. The Tractor Boys kept all their players behind the ball and aimed to frustrate Sunderland, the Lads had to be patient and eventually found an opening.

This led to the Black Cats calmly seeing the game out. Ipswich only created one chance of note, though it was through a Max Power error rather than great play. This may seem an underwhelming victory with Sunderland only coming out with a 1-0 victory. However, Ipswich played very well for a team with 10 men. Only last week Rochdale came from 2-1 down to draw 3-3, having played an entire half with 10 men.

Charlie Wyke maybe taking all the plaudits for his prolific goalscoring return. Aiden O’Brien deserves a huge amount of credit for the role he is playing to help Wyke.

For the majority of last season and this campaign Wyke had cut an incredibly frustrated figure as he was isolated up top. This has since changed in the last half a dozen games as O’Brien has been paired with Wyke up front.

O’Brien is an intelligent player and was instrumental in the build up to Wyke’s goal, capped off by scintillating finish. He drew the defenders away from the centre of the pitch and distributed the ball wide right to Power who delivered a top class cross.

The challenge for Johnson now is to find an effective formation that can keep these forwards together in the team, as performances from the rest of the team have been far from perfect.

Bailey Wright was quite fortunate to escape a broken leg scare in the first half after Jackson, in the words of his manager Paul Lambert, committed a “horrendous challenge”.

However, on 65 minutes Wright’s luck ran out as he clashed heads with an Ipswich Town player. He was forced off after this. Johnson does not think it is concussion but refused to rule it out as Wright will be further assessed this week.

It would be mad to think of this as big concern at the start of the season. Sunderland started the campaign with seven centre halves and now could only have two against Gillingham on Saturday with Jordan Willis and Dion Sanderson being the only options.

Willis is currently playing through knee tendonitis which could flare up after any contact. The game against Gillingham will be a massive physical battle and if Willis gets a knock on the knee Sunderland could be real trouble; in the Plymouth game Willis had to be taken off very earlier because of this.

It is a real shame that Sunderland’s best centre half pairing by far is set to be broken apart yet again.