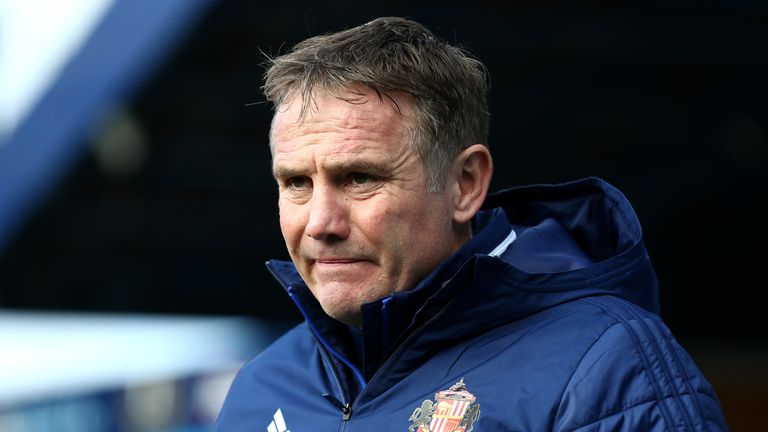 Although it did not work out, I have sympathy for Parkinson; he just was not the correct fit for the club.

A look over Parkinson’s past managerial record shows that he enjoys being an underdog and he tries to use this in his favour. He kicked off his managerial career at Colchester United in 2003 and saved them a relegation from the Football League, before taking them to the Championship in 3 years.

In 2011 he took over at Bradford and once again rescued them from a possible relegation from League 2. This time he took Bradford to 5th in League 1 in a highly successful tenure which lasted 5 years, including a cup run to the Quarter Finals of the FA Cup. Something Sunderland fans remember well as his Bradford team came out 2-0 winners over the Black Cats in the 5th round.

His next job landed him in Bolton in 2016. Again, Parkinson was very successful as he managed to get the Trotters promoted at the first time of asking. Then kept in them in the championship, both seasons under a transfer embargo. In the 3rd season things did not go to plan as Bolton Wanderers slumped to relegation. Although, Parkinson could not be blamed too much for that as Bolton had the constant threat of administration over them, which eventually caught up to them at the end of that season.

Looking at the 3 different clubs now, the highest positioned team is Colchester who are placed 13th in League 2, all 3 clubs went backwards after he left which shows the level of impact he had. These 3 jobs all have one thing in common; Parkinson delivered the unexpected. Therefore, there was not a requirement to accomplish what he achieved. This is a complete contrast to the situation he arrived at when he became manager of Sunderland.

Parkinson had one clear remit when he took the job on 17th October 2019, which was to get out of League 1 that season. After a very disappointing end to the previous campaign under Jack Ross the pressure was high to hit the ground running which Parkinson did not. He invited pressure right from the off, going on run of 2 wins in 14 games. This was arguably the first make or break job of Parkinson’s career. He’d gone to a club where the fanbase had been dragged through the dirt for years and the cracks of the current ownership were starting to already show.

Sunderland should be nowhere near the 3rd Tier of English football. However, Parkinson did not recognise this. Which led him to treating this job like all the others where there was no expectation to be the best.

He did not plan to win convincingly every week. In fact, the way he managed teams in the past was always on fine margins, grinding out wins usually by one goal. He liked a defence first approach where the team was built on solid foundations.

The Phil Parkinson way of playing has always been very mechanical, pragmatic, not pleasing on the eye.

As Sunderland fans we had become accustomed to the high intensity of the Premier League with a high entertainment value. We expected Sunderland to at least go after teams in the 3rd division. After all, the last time the club was in that position, they romped it and went up at the first time of asking. So, who could blame us for such an expectation?

Parkinson could not understand the supporters at all. He had a plan and a way of doing things, he was not clueless he had a process, but it was not compatible with this club. A key example of this is a post-match comment after the game against Fleetwood Town, where he said we was “fairly content” with a point against them. He failed to understand how bad a loss to MK Dons a week was prior and did not recognise the need to make up for it.

Sunderland fans had endured 17 1-1 draws the season before so this was nothing to be happy about. That in itself is an absolutely insane statistic.

Perhaps the biggest quote that reveals Parkinson’s mentality is in another post-match interview when his Bolton team beat Sunderland, ironically. He said, “People expected us to win today and that’s a different kind of pressure”. They are not the words of a manager whose next job was to take Sunderland out of the 3Rd Tier. This clearly summarises the type of manager Phil Parkinson is.

In the past Sunderland AFC has been the place for a big character who loved a challenge with very high expectations from all involved, this just was not Parkinson’s style. This reflects very badly on whoever judged him as the best candidate for the job.

Why not try out quiz of the week looking at the 10 oldest Sunderland players who scored since 2000? Click here to have a crack!