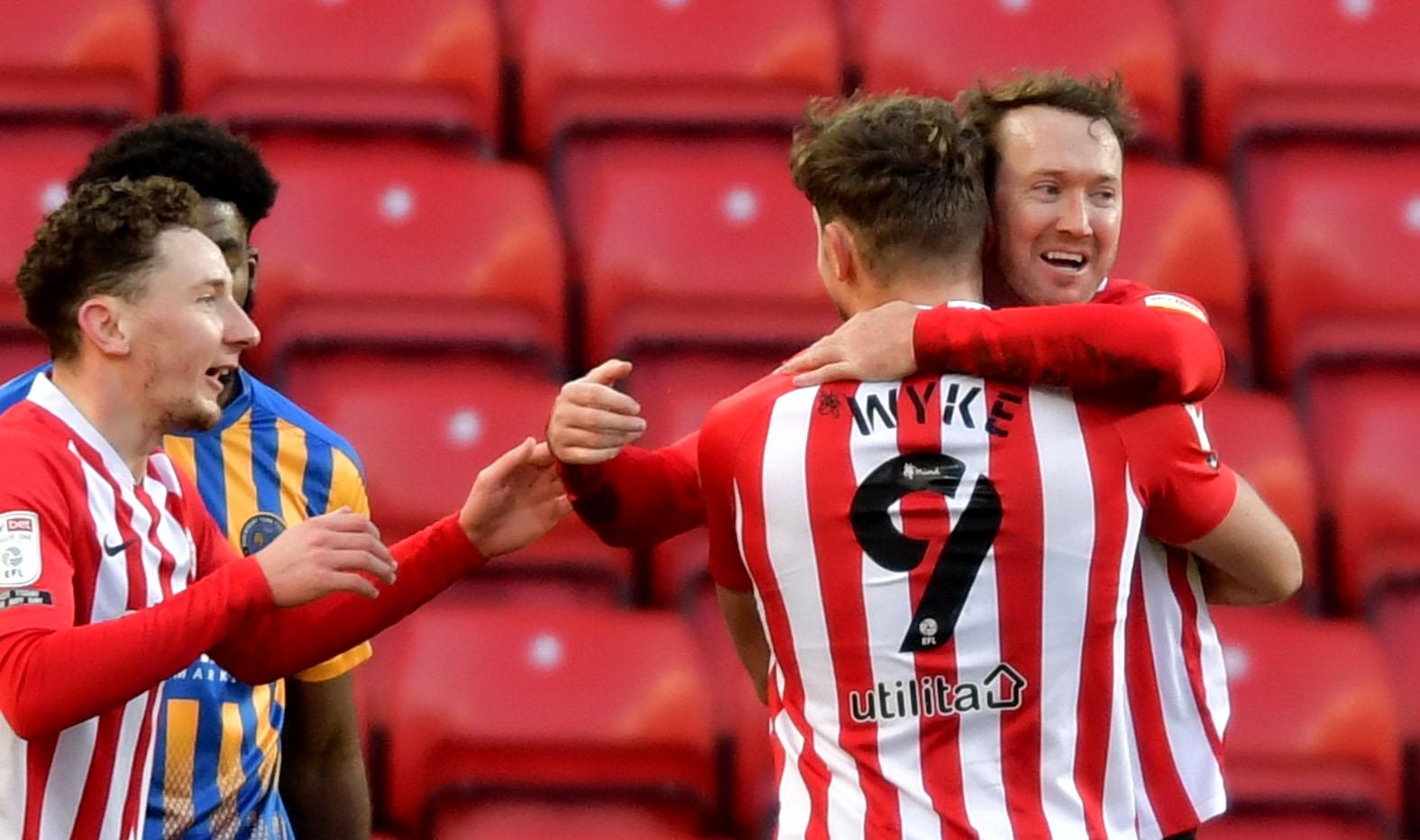 Much like Tyler Durden’s descent into madness, Sunderland managed to replicate his split personality yesterday whilst showing all of the good, the bad and the ugly in the space of a 90-minute feature length viewing. However, I can’t imagine this game will go down too well with the critics.

Burge was a little bit busier today although he didn’t need to make many saves due to the poor finishing of the Shrews. His distribution is becoming a concern to the Sunderland faithful and could have cost us the points yesterday.

COTD: “Very average by his standards”

In what should have been a largely quiet game for somebody with the experience of Bailey, it so happens that he seems to be going through a difficult period of quite fancying giving the opposition opportunities on goal. I’m sure Bailey will start leading by example soon.

COTD: “Got better as the game wore on”

Still searching for full fitness and slotting back in to a defence that seems somewhat shaky in recent weeks can never be easy but on occasions yesterday, Willis showed why he is an incredibly dependable centre back in this league.

COTD: “Will do for now in full back”

In the recent round of Sunderland full back roulette, it landed on the name of Max Power. I’m not opposed to the idea and although he isn’t the quickest, he has looked tidy there for the time being. He did manage to fall over himself and misplace possession but generally worked hard and offered an outlet.

COTD: “Getting very nervous about this player”

McFadzean is obviously as much of a full back as I am New York Times Best Selling author so it’s difficult to go too hard on him. However, the pressure should be on the club to make sure we have suitable cover for the likes of Denver Hume in the future because McFadzean looks to do some nice things whilst going forward. Defensively though, he’s often lost.

COTD: “At the heart of everything Sunderland did, good or bad and didn’t hide”

I was impressed with Grant yesterday, he had a great first half in winning back possession and dictating a lot of the early play. It made me smile to see him sprinting forward on one instance where a counter attack presented itself and he sped forward as quickly as possible to offer an option to our midfield; Moments like this lead like example for the rest of the players out there. It’s just a shame that run probably did him in and he was on his last legs for the rest of the game thereafter.

COTD: “So busy, so disappointing”

It’s difficult not to condemn the performances of our most experienced players and Scowen should be a lot more impactful in this Sunderland team considering his ability. Much like myself when I’ve told the Mrs I’m cleaning the kitchen but really, I’ve just moved things in one place to the next without really doing much, Scowen offered a footballing performance of the same similarities.

Sunderland’s goal yesterday was fantastic and finally that bit of quality that we are often so starved of at times. The assist came from McGeady, who floated in a perfect cross towards the head of Charlie Wyke but should we be asking more of the playmaker? You could argue that one moment of quality to win us the game should be enough but when you are a player of McGeady’s class, you’d expect more involvement throughout.

COTD: “Too much on young shoulders”

The thing I love about watching youth players come through the ranks are how raw they can be on the pitch. They will do things that are unexpected and surprise the opposition with that unpredictability; Jack is in danger of losing that recently and that should be of concern to Lee Johnson and his coaching team. Jack needs to have confidence in his ability and decision making as he squandered chances yesterday.

COTD: “Takes the pressure off of Charlie”

A busy first half performance from Aiden yesterday but much like the rest of the team, he followed suit with a second half to forget. A couple of supporters have mentioned that he takes the pressure off of Wyke with his pressing and movement and it’s hard not to agree with that assessment. He does look to have an unpredictable quality at times.

Last game I was commissioning a new series called ‘The disappearance of Charlie Wyke’ but unfortunately that seems to have lost its momentum due to his fantastic headed goal yesterday to give Sunderland a much needed win on home soil. Opinions of the 28-year-old forward are often divided though as he did have an opportunity for a second that a more technical touch would have buried.

I’m not going to go too hard on Maguire for his recent performances from the bench as it is difficult to make an impact on a team that are mostly struggling to put a pass together but he does need to remember that it’s a team game and there were times when passes were better options than the long-range shots he decided to attempt.