When a strong player leaves a smaller club to move up to the premier teams, it can certainly have a big impact as the loss of any strong player is a big deal – but can often also offer a small blessing with the huge influx of cash from the bigger transfer fees too. It’s even something that many bookies have come to look at as the biggest platforms more to online for more sites offering different online odds and options and keeping an eye on where players from the smaller teams will go has become somewhat of a sport for some. Sunderland has had its fair share of these big departures with a good cash influx, but which have been the biggest?

One of two goalkeepers that will make this list with the second being almost inevitable, Mignolet was able to have a relatively successful few seasons with Sunderland before moving on. Conceding 95 goals in over 100 appearances may not be the best statistic, but with the majority coming against big Premier League teams it is a good showing still, particularly with a good number of clean sheets in the mix too. In the 13/14 season, his transfer to Liverpool was finalised with a fee of £9.54 million, nearly double of what his estimated market value was at the time and a great investment having been made by the team. 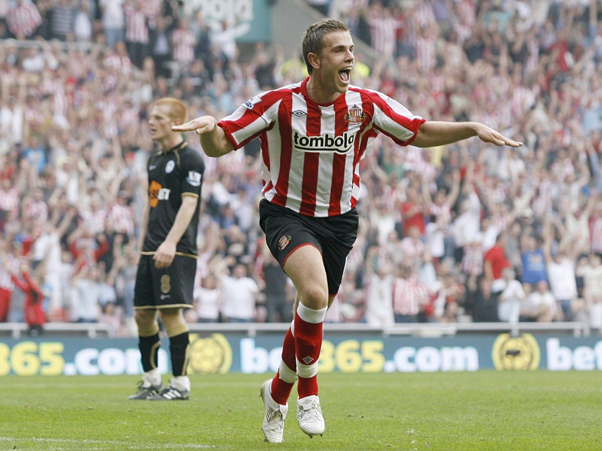 Having come up through the youth squad and the under 18’s team, Henderson had only spent two seasons playing on the main roster for Sunderland following a loan period to Coventry. Now a Champions League winner and recipient of a player of the year award, Henderson has shown what a pivotal player he is following his move to Liverpool in 2011 – with an estimated market value at the time of £7.65, the sale was completed with a fee of £16.2 million, and a huge win for Sunderland despite the loss of a great player.

The biggest departure to date for the club and followed a similar story to Henderson – having come up through the U18 squad and being sent out on loan to different clubs throughout his stay, Pickford would play at Alfreton, Burton Albion, Carlisle United, Bradford, and Preston whilst under contract. The move away from Sunderland to Everton was finalised in 2017 with a fee of £25.65 million, nearly double what his market value was estimated to be at the time.

If anything, these players have shown how good the talent pool on offer is and how successful these players can become after rising through the junior teams – these certainly won’t be the last big departures Sunderland will make either.