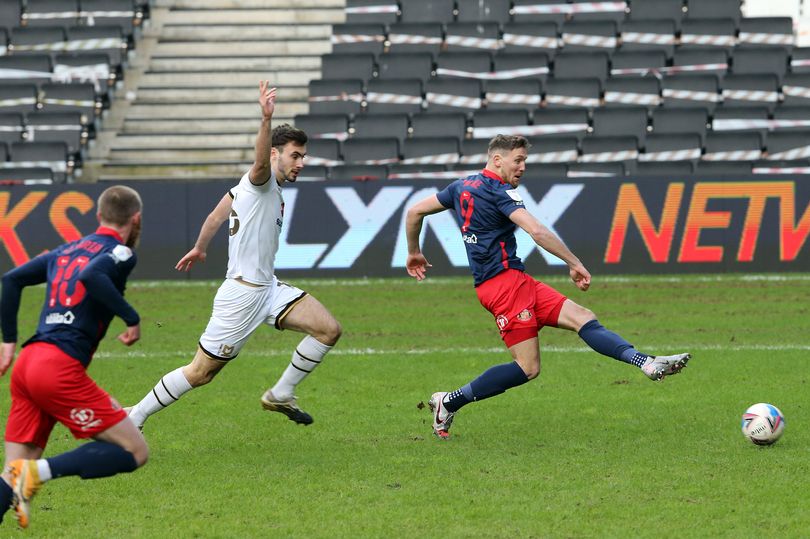 The Lads got off to a dream start has Charlie Wyke finished coolly from Aiden McGeady’s great pass. The Dons quickly equalised through Joe Mason. Cameron Jerome, who was a constant nuisance all afternoon, put MK in front inside 20 minutes which left Sunderland with it all to do.

Luke O’Nien ensured the points were shared when he managed to pull the Black Cats level in the 59th minute. Here are my 2 Good and 1 Bad for this match.

Yesterday Sunderland drew for the ELEVENTH time this season. Although, in the last two fixtures the scoreline has been 2-2. This is different to the normal trend for Sunderland to draw 1-1.

There are two contrasting ways to look at this. Firstly, it could be viewed as two goals conceded instead of one and another two points dropped. However, it may be a small progression in the opposite direction; instead, the Lads managed to create more chances thus allowing them score more than one goal.

At least it is a better watch. I am choosing to side with the latter. Against MK Dons, the Black Cats created enough chances to win the game whilst being open at the back. There has been a shift from a sturdy defensive approach seen under previous managers Jack Ross and Phil Parkinson.

Perhaps, Lee Johnson has noticed that this team cannot be trusted to defend a narrow lead and he would prefer totry to win games convincingly rather than play on the fine margins that ultimately lost Phil Parkinson his job.

Attempts to play the way of Lee Johnson

Throughout this game and some previous matches, we have seen faint flashes of the way Johnson wants this Sunderland team to play. In these positive spells Sunderland have been a formidable opponent.

To our disdain, these spells do not last anywhere near long enough. Let’s face it, it was always going to be a hugely difficult task to completely change the way this team plays.

Johnson’s predecessor Phil Parkinson used his two windows as manager to bring in players to feature in his defensive and direct playing style.  Whereas Johnson wants his team to play at a high tempo and create chances through slick passing play.

The footballers he has available are some of the best you can find at this level, but they often do not have the quality, mobility and technical ability to play in this particular style. Johnson has finally been able to put his stamp on recruitment and bring in players to rectify this.

Jordan Jones, one of the new signings, was introduced from the bench in the 68th minute to rescue the game. His abilities to take players on, carry the ball forward and link the play with the rest of the team were clear to see.

Hopefully, as Jones gets more minutes he can help to smooth this transition to Lee Johnson’s philosophy.

Lee Johnson’s desperation to play two strikers is becoming detrimental to the rest of the team. He has been persisting with an extremely narrow 442 formation. In patches, Sunderland have been very impressive playing this way.

However, in recent matches there has been a recurring pattern where the Sunderland players have not been able get out of their third of the pitch.

Unfortunately, against both Gillingham and MK Dons this appeared to happen again; playing two strikers means that a man is taken out of midfield. In a midfield two, the Sunderland team often looks quite disjointed and they struggle to link up and pass the ball.

After equalising, The Dons overran the Sunderland midfield and this was all too familiar to the Gillingham game.

Johnson will have to find a way to strike a balance in the team as playing two strikers has also worked in a positive way as hitman Charlie Wyke is in arguably the form of his career after notching yet another goal.