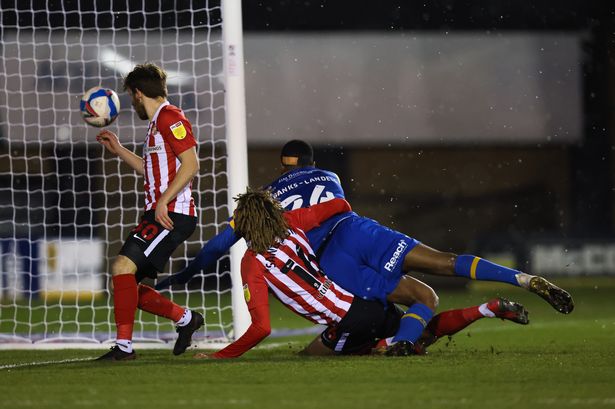 Anyway, Connor would usually throw out some cheesy patter to describe the match, but I am not as endearing as that, so let's just leave the introduction as - it was crap.

COTD - "Official, we have the worst 2 keepers in our history, including Camp & co. Get Rid of both, give Patterson the shirt" - LJ 5/10

We have checked, and it is also official Matthew's 2.4 rating is an all-time low this season, eclipsing Will Grigg's record of 2.6 vs MK Dons in November. Not exactly the return to the first team he would've been hoping for. Is he worse than Lee Camp? Is such a thing possible? That sounds like a poll opportunity to me, join in at the end of the article!

Wright was in top form at the start of the season and the primary reason we had a good defensive record. I think he was helped a lot by Phil Parkinson's turgid football and finds himself a bit more exposed under Lee Johnson. It doesn't help when he must have little to no confidence in some his defensive colleagues or perhaps the help he can expect from his midfield. I thought he was decent last night all things considered.

COTD - "Astounded Sanderson continues to be left on the bench, considering the quality of performances from others on a weekly basis." BobbyG

Bobby makes a great point, most of the time Sanderson is on the pitch he looks like our best defender and last night was no different. It makes it more staggering when you consider Jordan Willis started the game unfit. His passing game didn't look impressive, but otherwise he was assertive and confident throughout and fully deserving of the Man of the Match, even if that match was a load of cobblers.

I think the comment summed up Power perfectly. He really was excellent in the first half, getting stuck and spraying passes about. In the second, Sunderland were incredibly exposed out wide and Power was useless in combating that. He isn't a full back, mind.

COTD - "Looked lost all game , no tackles , no making runs down the wing, no crosses in to the box , etc." - Topper

In his second performance Vokins put in the second worst performance of any Sunderland player this season according to your ratings. He arrived with some promise behind him but the lad does not look ready for first team football, the Southampton loanee does not have a grasp of basic positioning. Time is absolutely on his side as far as his football career, and he may yet turn out to be a very good full back, but at the moment he is hindering not helping our promotion efforts.

COTD - "Marginally better than Vokins but his slow play and even slower feet was prodigious in the second half. Over the top" - Rob Ramsey

After confusion over the teamsheet, Leadbitter started ahead of Luke O'Nien and his performance in Sunderland's midfield two was probably the most predictable aspect of last night. Yes, he is our best midfielder in terms of ability and techinque - but he can't play in a midfield two. He either anchors a three or he sits on the bench - please, LJ, please!

I would not be adverse to giving RonT a go in midfield at this point. Scowen was typical Scowen, plenty of endeavour with little impact. He always seems in too much of a hurry to do anything that his brain doesn't catch up with his feet until it is too late. Right idea I guess, poorly executed.

COTD - "Tried to be creative and looks a decent player.should never have been subbed" - mackemagig

It was not a great night for the manager with every change pre-game and during feeling like the wrong one. Jones was direct and gave Shrewsbury some massive problems thoughout the first half, I just hope his baffling substitution early in the second half was forced due to fitness as otherwise it's a terrible call by Johnson.

COTD - "He gets so frustrated with the inadequacies of his teammates that he tries to win the game on his own. Can’t blame him but legs aren’t quite what they were" - Onlooker

Overall, I think it was a decent performance from McGeady. Fairly typical, plenty of endeavour to create, plenty of greedy moments and unlucky not to score in the end. The problem I see in our lineup is that our full backs are not capable of handling pressure, and they won't get significant support from the wingers we play.

COTD - "Good goal but rest of play poor. He can’t shield a ball or drive forward with it" - Anonymous

I was a bit surprised by this low rating. O'Brien took his goal brilliantly and, particularly in the first half, linked up with Wyke well. He didn't get a sniff in the second half, but I think Johnson shoulders much of that blame as his tactical stubbornness in the second half allowed Steve Cotterill's side to take the initiative and keep it.

COTD - "Keep at it Charlie, if the crowd was in you’d know about it for all the right reasons" - Polly

It was a delightful assist to set up O'Brien, but his glaring miss was a surprise considering his current form. I think we can let that one slide given how many points he has earned us recently, those around him need to help more. He created space well throughout, including the second half, but Sunderland were generally toothless in the final third.

COTD - "Gooch seems to have lost his way a bit, at best a second half sub"

COTD - "Should have started. Maybe the team sheet was wrong yet again. Worried he'll go in July." - Fulwell Ender

I still can't get my head around why he didn't start. Goal against MK Dons and a good performance overall (second in your ratings) yet dropped instantly in favour of Josh Scowen who has done little of note in a lot more appearances in midfield. Frankly the team sheet pre-amendments was the correct one, with O'Nien starting ahead of the leggy Leadbitter. Didn't have much time on the pitch last night to comment too much, but I share Fulwell Ender's concerns in that there will be plenty of suitors if we don't get him to sign a new deal.

Only on for the final 15mins and made an impact.