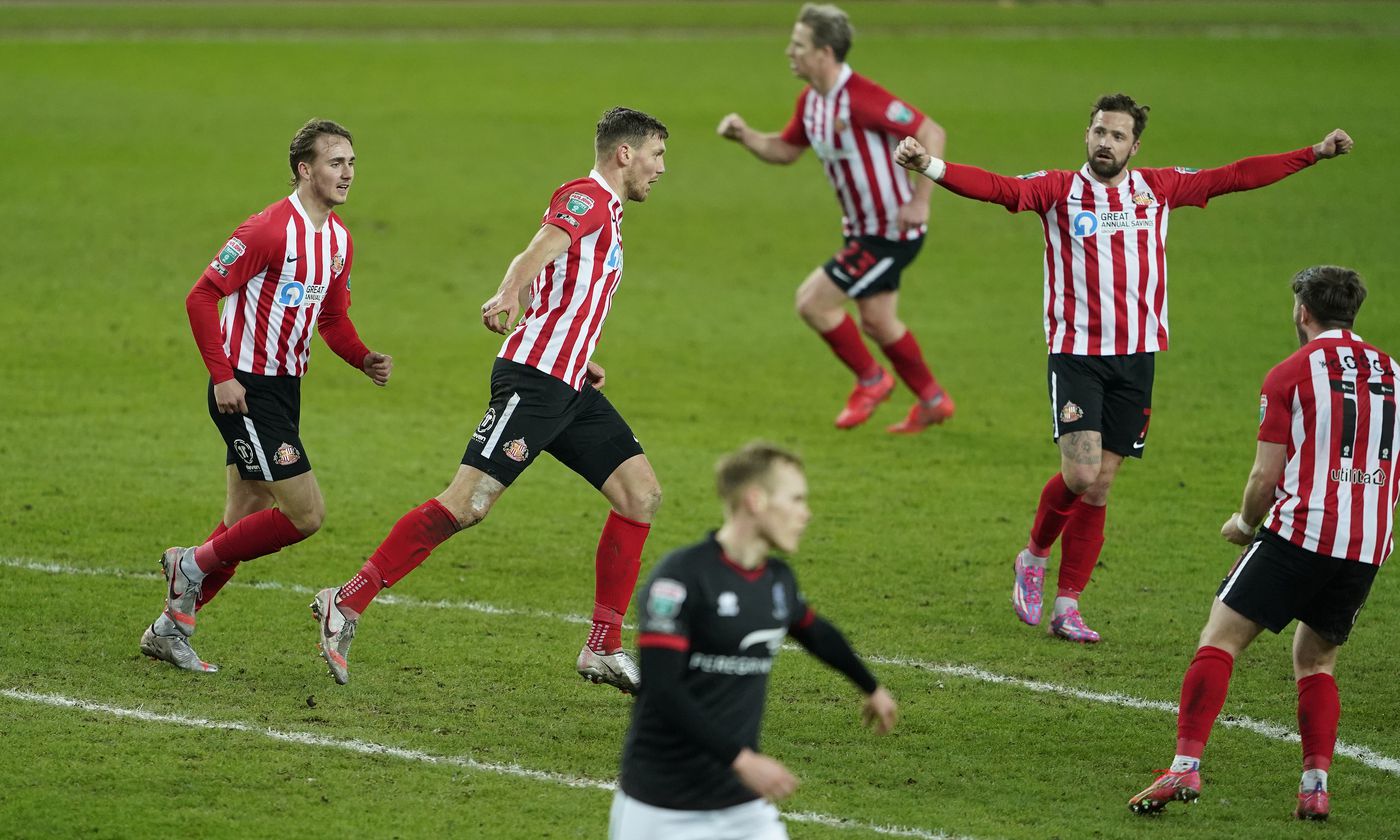 Sunderland reach another Wembley final, an amazing achievement. For all the Lads I was tempted to use Joseph's WEMBLEEEEEEEY comment which he left for every player. I resisted and I am proud of that.

It was another decent evening for Burge and he was incredibly unlucky with Lincoln's goal. I think Anon is right, the weakest part of his game is distribution, which is in-keeping with issues across the division.

COTD: Carrying an injury and was missed when he went off. - Onlooker

The centre-back situation is deeply concerning. This was discussed right at the start of the season too where a handful of injuries are going to cause us problems. Thankfully, against the best team in the division, our make-shift defence including a CM at CB, RB at CM and CM at RB did well. We might need them to keep doing well!

COTD: Can't fault his attitude whilst filling in again, but positionally gets caught out as bookings testify. Not a long term solution for me in defence. Attacking MF or even #10 role. - No Final without fans!

Give this man a contract asap. He encapsulates everything that is good about this club. Put in a solid shift again and he should take comfort that he now has a manager who knows his best position is midfield, and that he can expect to play there when injuries permit.

COTD: Did ok, but he'll be wanting to get back in midfield - Fulwell Ender

I thought Power was positionally very good, which has been a problem in this position. It will never be natural for him here, though, and the sooner we can move him back to the middle of midfield the better.

I didn't wince nearly as much. That is a big improvement on recent performances!

COTD: Good vision, settling influence. Needs pacing though, not up for two 90 minutes every week - Polly

Polly is right, Leadbitter remains an excellent asset at this level, but we can't expect him to play 90mins week in week out. There was nobody else I wanted taking that winning penalty.

COTD: Showed some promise against the best team in the division. Hope he gets more game time to gain experience. 6 - Hill of Beath

The success of this season will hinge on how well our young players fit into the first team and Neil looks a great prospect. He showcased an excellent first touch but perhaps more encouraging was his overall game-awareness.

Decent from Scowen, his tendency to gift possession back to the opposition remains a concern.

COTD: Weak link, offered nothing to the team, didn’t beat any players lost the ball a lot and moaned a lot to boot - Anonymous

I'm desperate for Gooch to burst into life again like under Jack Ross. He still tries, and on occasions succeeds, to put good runs together but more attacks breakdown at his feet than any other. I still have faith.

COTD: Amount of crosses he had, Dracula be soiling his pants - S Thompson

Your man of the match was at the heart of everything good once again, another assist though I will give more credit to the goalscorer for converting it such was the difficulty. Lincoln looked frightened of him.

COTD: Kept the goalscoring going, put good crosses in and he'll put them away - Gandalf

Lovely header. Such a difficult one too having to guide it beyond the keeper from a decent range. You can't accuse the man of scoring only tap ins, his incredible run of form contains a lot of expert finishes and this was one of them.

COTD: Good game, kept high line to keep the ball in their half - Anonymous

I've been a big critic of McLaughlin but under Johnson he has looked composed and assured.

COTD: Jack in the box, talent to burn - Cosh

Fantastic talent and an exciting one, he's a great option to have on the bench and made a big impact.

COTD: Chris looked motivated when he came on, lets hope he can maintain a positive attitude and use his experience when called on - Anonymous

Great to see Maguire back on the pitch and back making an impact. Put himself about, got involved and linked up well with teammates in the final third.