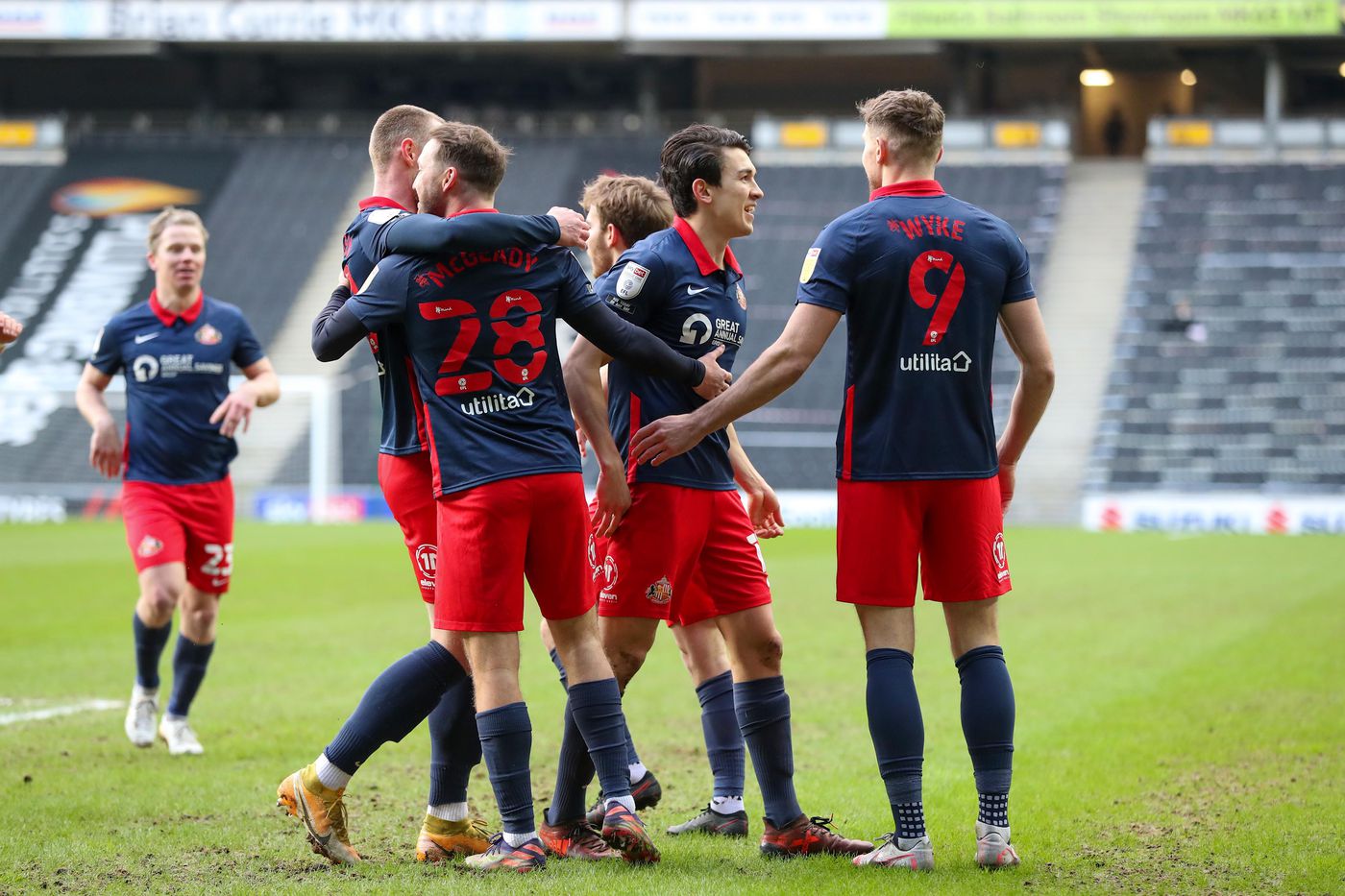 We're now on Reddit! Come join the newest Sunderland community and keep in touch with team!

Sunderland fans have recently seen the inconsistency that has plagued their team for years. Rather than good form and buccaneering goal scoring coupled with attacking guile, this Sunderland side make it look extremely hard work for a good hour before starting to play anything watchable.

After a very encouraging scoreline which flattered to deceive against an MK Dons side in the cup, Sunderland slogged for 90 minutes on Saturday to haul a point back from the brink. It felt more than fitting on both occasions as the Dons had the better of the games for the two matches we played them in quick succession.

In the cup it took a bumper round of Johnson’s substitutes to score two goals in the last 15 minutes, not to mention an own goal from the home side to kick proceedings off. During the League match that followed, Charlie Wyke came up with an extremely tidy finish inside 5 minutes, yet the lead did not last. The Dons replied a mere 4 minutes later, there were a few attempts and Burge was admirable in his point blank saves but he couldn’t stop the ball hitting the back of the net. Another through ball and the Sunderland back four was once again undone with none other than Cameron Jerome sliding in to finish at Burge’s near post. Luke O’Nien managed to save Sunderland’s blushes with a lovely turn and strike to ensure the points were shared.

The league is proving to be an extremely unforgiving hunting ground for Lee Johnson’s side and the points have to start rolling onto the board soon if the club is to mount anything approaching a push for promotion.

It’s been a mixed bag for the men from Shropshire in February. A loss to a competitive Crewe Alexandra side was followed up by a win over newly promoted Swindon Town. We must of course mention the wonderful finish from midfielder Harry Chapman against Swindon, smashing the ball in off the post from outside the box to complete a tidy away win. This oscillating form of win, loss, win loss sees Shrewsbury in 17th and 6 points above the drop zone, something which Steve Cotterill’s side will be looking to change for the better.

Shrewsbury still tend to try and dominate possession and look for short passes around the box until an opportunity presents itself. They have goal scorers throughout the team, from centre back to centre forward, but Shaun Whalley sits at the peak with 5 and has also managed to bag himself 3 assists to go with his goals. He is the main danger that Sunderland will have to keep an eye on and as we’ve already mentioned, Harry Chapman is in excellent form and his rocket of a strike last time out will only serve to give him even more confidence.

Despite this Shrewsbury have only managed 24 goals all season, 10 less than Sunderland, proving that Town don’t always convert their possession into goals.

Sunderland need to learn their lesson about starting Grant Leadbitter in a two man midfield. He just doesn’t have the legs to cope with the running demands of this setup and surely the more mobile Carl Winchester would be the better option if Johnson wishes to continue with a pairing in the centre of the park.

There seems to be a semblance of an identity beginning to show itself under our new manager, a fast passing high press game which never quite comes together. The team still seems to be shackled by the fear of failure but it’s clear that the arrival of Lee Johnson has improved things markedly. Charlie Wyke is looking clinical and McGeady seems to be getting closer to the game changing form we saw from him during that initial campaign under the now departed Jack Ross.

If we continue to use the trickery of our wingers (and pace if Jack Diamond or Jordan Jones is selected) in order to create some space for Wyke to work in, we could well come away with a win. Starving Shrewsbury of possession would prevent them from playing the game they know best and would cause a good deal of frustration for their players. This will of course depend upon Sunderland’s back four standing firm and eradicating the mistakes which have recently crept into their play, Shrewsbury will look to play little through balls and that is exactly what has caused us problems lately.

I still expect us to get a win down in Shropshire against a team that lacks a little bit of quality, especially at the back which has seen them ship 27 goals. A figure which is not good enough for a team with aspirations of making the playoffs. Oh how they must miss the days of Paul Hurst.

I would love a clean sheet and a couple of goals. The clean sheet might be a big ask, but Sunderland are a goal scoring threat for 90 minutes it seems, scoring a few goals late on in matches to make score lines easier on the eye.

2-0 to the lads. We know that our defence can be resolute, but it has definitely seen it’s struggles since Bailey Wright suffered a concussion against a physical Ipswich Town. Charlie Wyke seems to be getting a goal a game and long may that continue.