The Black Cats have tried everything in their bid to return to the Championship. Lee Johnson is the third manager at the Stadium of Light in as many seasons charged with the task of getting them out of their current division. 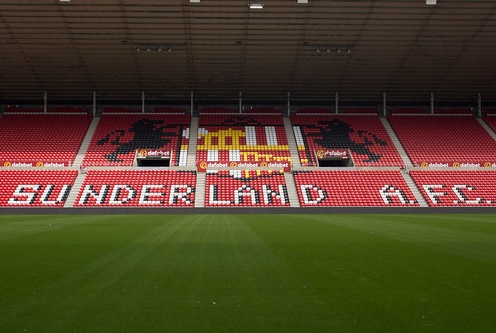 "Stadium of Light" (CC BY 2.0) by vagueonthehow

Jack Ross went very close to doing that immediately, only losing to Charlton Athletic in the 2019 League One play-off final. The then up-and-coming Scottish manager was replaced by Phil Parkinson after 18 months at the helm.

He, in turn, lasted just over a year in the Sunderland hot seat before meeting the same fate. Johnson, son of former Bristol City boss Gary, must succeed where his predecessors failed.

Whereas Ross missed out on the goal by very fine margins, Parkinson had two previous promotions from this level with Colchester United and Bolton Wanderers on his CV. The latter had been all the more impressive because the Trotters had financial difficulties.

Current Sunderland boss Johnson brings no such coaching pedigree with him to the Stadium of Light. He played in the Yeovil Town and Bristol City sides managed by his father that went from the Conference to League One and the third tier to the Championship.

Spells with Oldham Athletic and Barnsley helped Johnson get back to Ashton Gate less than three years after becoming a boss. In over four years back at Bristol City as manager, he couldn't get them out of the Championship.

Sunderland have appointed Lee Johnson as their new head coach, a day after naming Kristjaan Speakman their new sporting director.

After his tenure there endured before the end of last season, he decided to drop down a division and continue coaching. Sunderland is certainly not an easier gig for Johnson. There is no past relationship with the club, for starters.

Six wins from his first dozen games in charge of the Black Cats is a strong enough start for Johnson. According to the football betting on League One promotion, the Wearsiders are 9/4 chances to make it third time lucky and go up this season.

Sunderland are not the only former Premier League team knocking about this level with ambitions to return to a higher division. Five of the current clubs in the top half at one time or another all graced that elite level.

Hull City and Portsmouth are both ahead of the Black Cats in the league table, while old nemesis Charlton are right on their heels and only outside the play-off places on goal difference. With Doncaster Rovers, Lincoln City and Peterborough United all also in the promotion mix, there are no guarantees that the high-profile clubs will all get out League One this term.

Johnson does have main striker Charlie Wyke among the leading goalscorers in the division and back in the same fine form, he showed during his days at Bradford City. He also has the meanest defence in the league with just 19 goals conceded in the first 24 games.

That combination gives Sunderland supporters cause for cautious optimism that they may mount a serious bid for promotion under Johnson. If they go on a winning run, then there are only eight points to make up on the automatic promotion places.