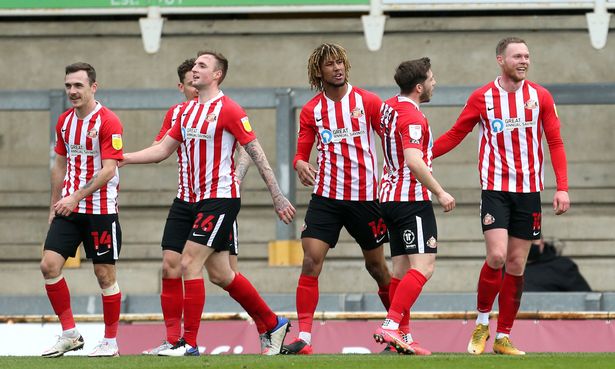 Yet Another Curse Broken

Sunderland are on a roll, not only on the pitch but also breaking League 1 curses; this is the third one they have broken this season.

The Lads have finally beaten Joey Barton, and this feels like they have done it at the perfect time. Barton’s pride was clearly wounded after the game, making outrageous statements about referees conspiring against his team and how the Sunderland fans would ‘love’ for him to takeover at the club.

Bristol Rovers fans must be already tiring from hearing his voice, in his HOUR LONG pre-match press conference he talked about how previous managers set The Gas up for failure in an attempt to excuse his 20% win radio.

In the past, Barton has set his teams up to mirror him has a player and the Lads have often struggled to combat that. However, on Saturday it ultimately backfired, and Barton was made to look a complete and utter fool.

The Lads controlled proceedings on Saturday; this match could have gone on all day and Bristol Rovers would not have been able to find the net. Against these lower teams over the past couple of years, the nerves would have been high in players and supporters alike.

Although on Saturday, I did not feel anything like that, and you could clearly see how calm the players were on the pitch. There was no chance Sunderland were going to let it slip.

Rovers were restricted to a couple of half chances and anything on target was no more than a routine save for Lee Burge. Towards the end it was clear that they had run out of ideas as they aimlessly punted the ball at the Sunderland defence.

This is a testament to Black Cats manager Lee Johnson as under previous managers Jack Ross and Phil Parkinson this game would have almost certainly ended 1-1.

Not a Great Performance

I have been full of praise for the professionality of this performance. However, this was far from the best display under Johnson. On the ball, the Black Cats found it difficult to complete passes. They had a pass completion rate of 58% compared to 75% against Lincoln last week.

Throughout both halves the Lads struggled to create attacking moves but got away with this as the quality of the opposition was so poor. The players Johnson brought off the bench did not help either.

The usually dependable Leadbitter could not impact the game in a positive way as a substitute. Perhaps the player who really sums up this Sunderland performance was Lynden Gooch who showed a few moments of quality. However, outside of that did precious little.