There's a poll at the end of this article too - join in! 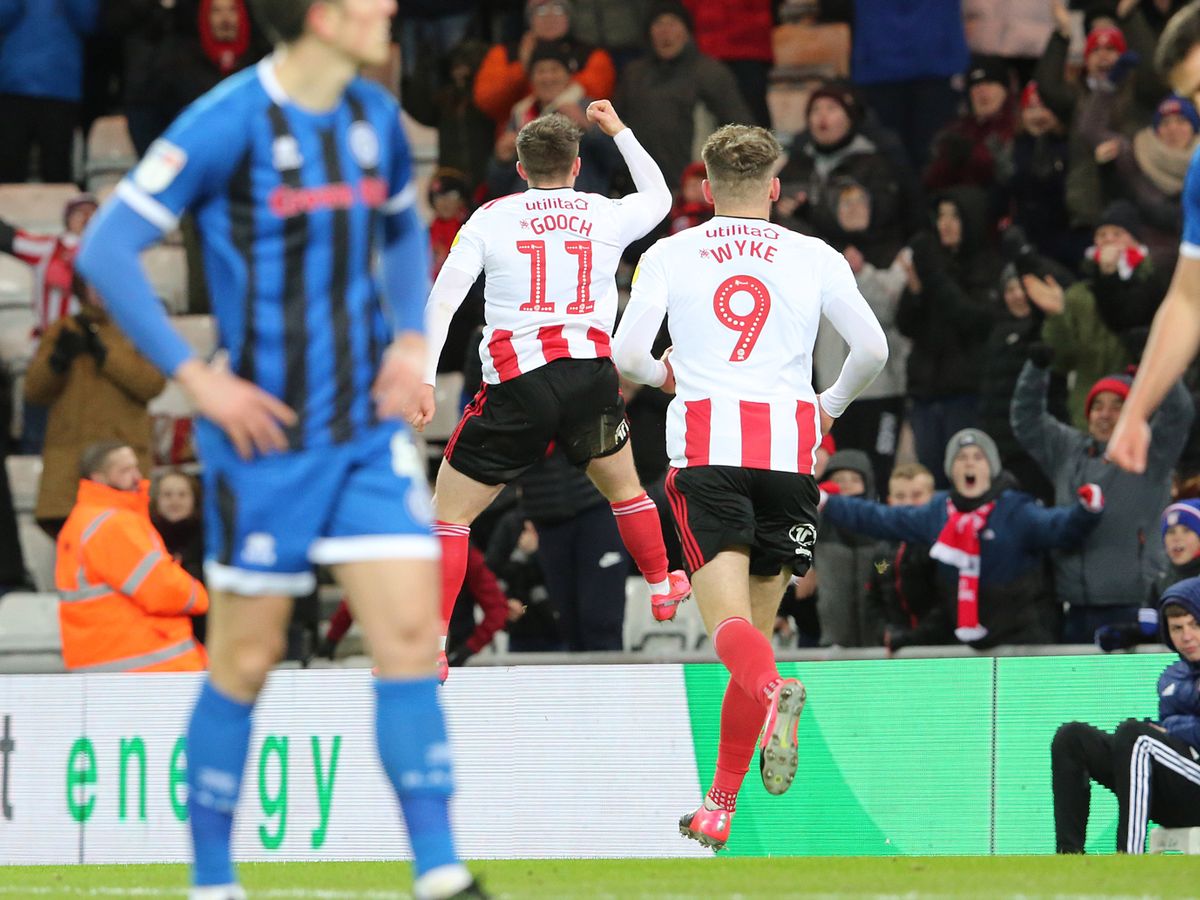 The Black Cats are picking up points at the business end of the season to mount what looks like a proper push for promotion. Spectacular goals from both Jordan Jones and Chris Maguire allowed the lads to snatch a point away from home at Crewe, a game where Sunderland for the most part struggled to contain the opposition. Swindon arrived on Wearside with a plan of parking the bus and settling for a draw, but a wonderful free kick  from Maguire allowed Charlie Wyke to notch his 24th goal of the season with a clinical header into the bottom left of the goal.

It is amazing that the team are showing such consistency, with injuries seeming to strike with alarming regularity causing Lee Johnson to change his tactical approach a number of times. It is credit to the little general that he has managed to adapt and get the most out of what he currently has available.

Rochdale are having a torrid time in the league currently. They haven’t enjoyed a win since the 30th of January when they beat Bristol Rovers 2-0. Since then the Dale have managed to put in some worrying performances, most notably a 4-1 drubbing at the hands of MK Dons and a game where Sunderland loanee Will Grigg also played. Their last two fixtures yielded remarkably similar results in 2-0 defeats to Hull and Burton and most surprisingly Rochdale finished both games with ten men.

Oliver Rathbone was given his marching orders in the 77th minute against Burton and Conor Shaughnessy was sent off in the 77th minute against Hull, weird stuff. Brian Barry-Murphy is currently feeling the heat and isn’t the most popular with the fans either. He needs to turn things around fast or Rochdale could see themselves relegated to League 2.

Both Sunderland and Rochdale have been hampered by injuries recently so both will be unable to field a full strength line up. Lee Johnson’s energetic pressing style is flexible and gives him plenty of options when it comes to how the team lines up this Saturday. I have a nagging suspicion that he may deploy his 4-2-2 which allows the team to pen the opposition in their half as long as they look after possession. Carl Winchester looked decent last time out and Chris Maguire is banging on the door for a start, so expect Johnson to have a little tinker with regards to selection as he searches for a winning formula.

Rochdale like to get the ball down and pass. This brought them success the last two seasons, but the current campaign has been very different. They average 48.1% possession and have scored 41 goals, proving that they can be a dangerous side. However, they’ve conceded 59 goals this season, the runner up in the league for the worst defence. I fully expect Rochdale to try and knock the ball about when they have possession. The problem is that they don’t tend to do a lot with it currently. They’ve failed to score in their last 5 games and have shipped 5 goals during that time, a worrying trend as the season enters its final third.

Sunderland should be prepared to play some attacking football, a defence performing as poorly as The Dale’s will succumb to any sustained pressure. If the Wearsiders continue to get bodies in the box and Charlie Wyke continues his fantastic form in front of goal the home side should come away with all 3 points. I’d like to say a clean sheet to boot, but with the make shift defence that Lee Johnson is currently deploying, you can never be sure.

2-0 I’m hoping for multiple goals as Sunderland have struggled to break teams down recently, relying upon moments of magic to score goals isn’t a solid game plan to go by. Rochdale are in some pretty tragic form as it stands, so a clean sheet to go with the three points to maintain pressure on the teams above and I’d say that’s a job well done.

What will the result be against Rochdale?