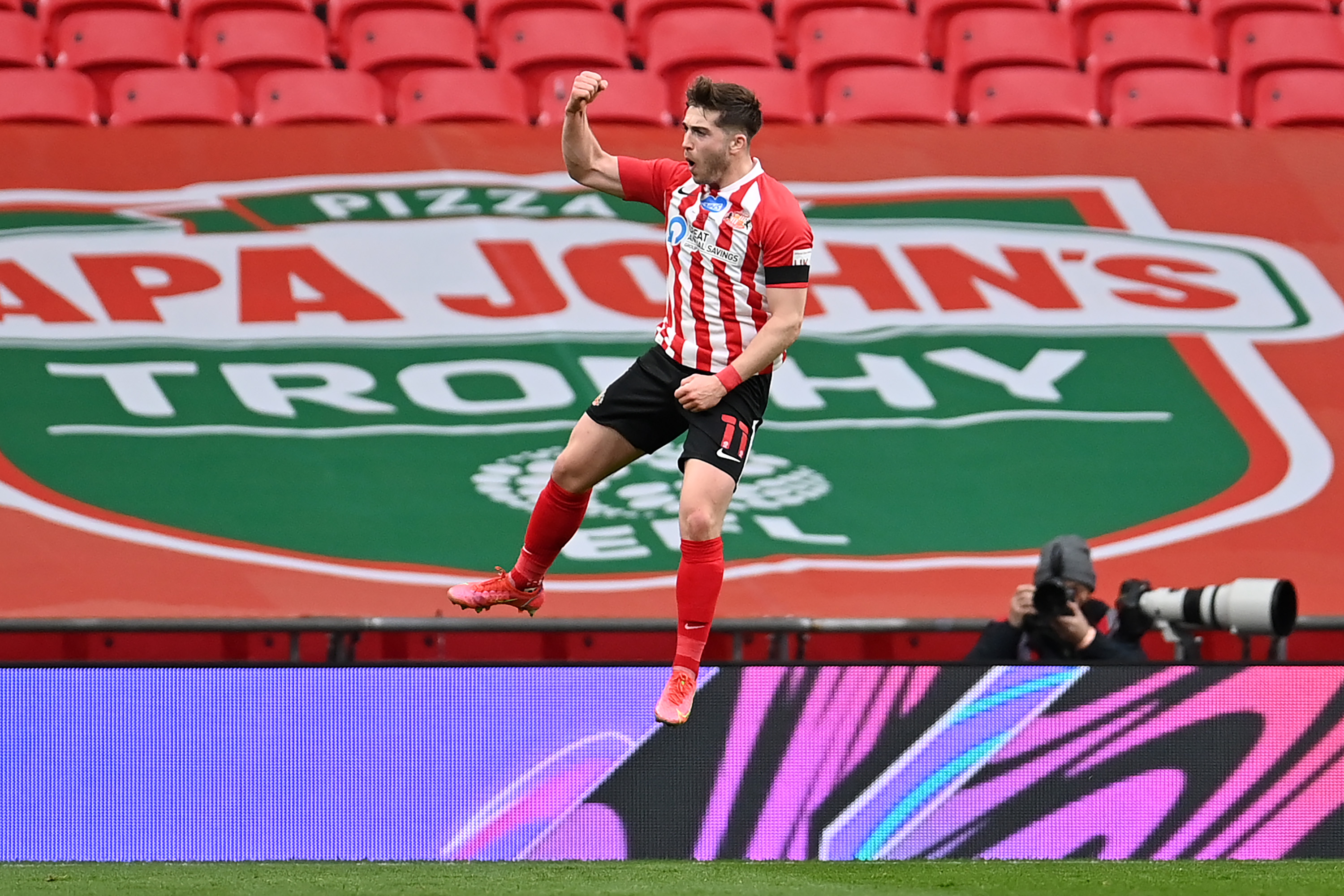 Ah man, the faux buzz you can give yourself and although we couldn’t quite prepare for this trophy win in a similar way, despite numerous requests for Papa John’s to supply us with a similar anthem that brings out the goose-bumps, it was a first-time experience for many Sunderland supporters when it comes to bringing home silverware and a damned too long of a time since for those that remember 1973.

Comment of the day: “Best game for SAFC” – At Last

The name of Jon McLaughlin is slowly drifting away from the minds of Sunderland supporters as Lee Burge put it another solid performance at Wembley. It couldn’t have been any less busy than his previous games but Burge stepped up to the plate on the occasions he was tested by an industrious Tranmere forward line.

Usually you would be quite concerned if your backline was scattered with full-back’s and midfielder’s but it was Flanagan, the natural centre-back, that looked most out of sorts during his time on the pitch. Not quite at it and probably due to fitness, he was forced off just before half-time to be replaced by McLaughlin.

The clip of him falling to his knees as the ball is played through to Gooch was enough to have stolen the hearts of the Sunderland faithful if his performance in the final hadn’t cemented that already. A comically composed header back to Burge was a highlight to the day but that was just one majestic moment in an exquisite performance.

COTD: “Playing with his heart on his sleeve” - KevS

There were divided loyalties in the Power household with his Dad being a die-hard Tranmere supporter but Max put in a second half performance worthy of lifting the trophy for the Black Cats. Battling hard against a dogged Tranmere attack, his job was made harder when it came to coming up against the explosive Blackett-Taylor but he dealt with the threat (mostly!)

If you haven’t seen the picture of McFadzean sat with the trophy in the dressing room after the game then I’d urge you to go and take a look at that. Sure, he has his limitations and is he good enough to be a left-back for Sunderland? Probably not but did he put everything on the line in the final to bring home that glory? You’re damn right.

It was great to see Grant lifting a trophy with Sunderland and although it isn’t a trophy that he’d probably dreamt of winning as a young lad, it is a trophy after all and as he mentioned in his post-match interview, “this trophy is just the start.” As for his performance on the pitch, it was somewhat sloppy and his possession play was often slow and backwards but you can’t help but feel that’s because of him rushing back from injury to play his part in the final.

If you thought a cup final would bring out the best of Josh Scowen, that we’d come away from the game thinking about how good his performance had been and how much he’d affected the game because he wanted to make an impact in such an occasion then you may have forgot we’re talking about Josh Scowen! To be fair to Josh his energy is boundless, he harasses and does the ugly work so very well but it’s hard to bring up many positives when his ball retention is so lacklustre.

Often the man for the big occasion but it wasn’t to be at Wembley for Chris Maguire although it wasn’t through a lack of effort and desire to make a difference. A focal point for all things positive in a dire first-half performance from Sunderland, he made attempts to work the goalkeeper when possible although his misplaced pass across the box to McGeady was one he should have done better with.

COTD: “The one moment of brilliance” - Lexylowguy

As Lee Hendrie commented that “This game could do with a little bit of a magic”, Aiden McGeady provided just that with one of the assists of the season for Sunderland’s winning goal. Picking up the ball in our own half, he looked up and split the Tranmere defence with a through ball that Lynden Gooch didn’t even need to touch before slamming it in to the net. Other than the assist, it was an industrious game for McGeady as he worked hard to help the defence deal with the threat of Tranmere.

You’d be hard pushed to find a Sunderland supporter that wasn’t calling for Lynden to be subbed off before he scored a history making goal for the club. However, other than Grant, there is no player deserving of being the winning goal scorer at Wembley than Gooch; He has been here for so long and suffered so many disappointments that he deserved to bring everybody that moment.

COTD: “Grafted but not his day” - Alfa

The best striker in England had been ghosting calls from Gareth Southgate to be a part of England’s squad the Euros this summer as he concentrated on bringing Papa John’s glory to Sunderland on Sunday but unfortunately it wasn’t his day in terms of getting on the scoresheet. It was a tough first half for Wyke as he struggled for support from those in around him but his second half performance was excellent as he held the ball up on countless occasions to take the pressure away from the Sunderland defence. A delightful header through for Jack Diamond almost lead to a second goal on the day.

You know if you told me a year ago that we’d be bringing McLaughlin on to play centre back because our only fit player in that position had been forced off injured in a final then I would say “bloody hell, of all people”, however, that goes to show how well Conor has improved since the arrival of Lee Johnson and he put in another solid performance alongside Luke O’Nien despite not being fully fit himself.

COTD: “Gave us an outlet when under pressure” – Graham SS

Jack came on with not much time left but his direct pace and running almost lead to a second goal if not for an excellent last-ditch tackle by Jay Spearing. He offered an outlet for the remainder of the game that left the Tranmere defence wary of pushing up to high and leaving themselves caught out.