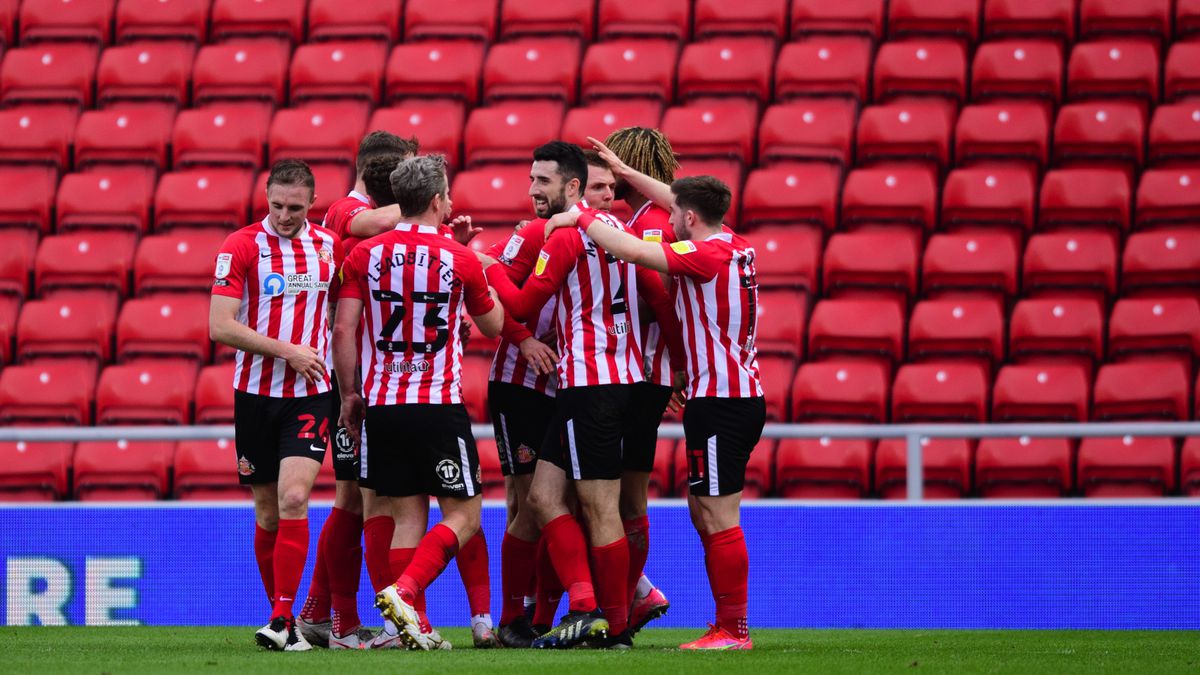 We welcomed 4th place Lincoln to the Stadium of Light and although they were in somewhat patchy form, they posed a big threat to Sunderland’s promotion hopes despite their recent performances. A young, hard-working team up against the Champions of League One, League Two and the U23’s. The Champions. I might just keep calling us that in the future.

The game itself ended 1-1 and that was pretty much fair despite the fact we probably could have won the game if not for the referee making the game all about himself, however, the less said about him the better.

Comment of the day: “Best performance of the season” - James

After securing enough clean sheets to supply a five-star hotel during their busiest period, it wasn’t to be another for a dogged Sunderland defence and their goalkeeper but despite that, it was a fantastic performance from Lee Burge and the points could have been heading down to Lincolnshire if it wasn’t for his heroics in the second half.

Another good performance from the Wolves loanee and the type of steady stewardship we have come to expect from the young man as he dealt with a tricky Lincoln team very well throughout the match.

COTD: “Off the pace today” - Anonymous

Following on from a couple of mistakes in the game against Accrington, it was another game to forget for Luke O’Nien as he was turned far too easily for the Lincoln goal. Sticking to close to allow Morton to spin and emphatically finish in the bottom right hand corner of the goal, Luke was left wanting as he was finally caught out after a few close shaves in recent games. It’s hard to be too damning on a player playing out of their natural position though.

A player that won’t be getting a rest this week and somebody that we’ll miss in our next few fixtures due to his call-up to the Northern Ireland squad is Conor McLaughlin. He held his ground against a youthful Lincoln side and did his job well at full back yesterday.

COTD: “Nobody more surprised than him when he scored” - Douglas

The enigma that is ‘McFadz’ managed to get himself on the scoresheet yesterday and obviously he was delighted with that moment as he obviously made that clear in his post-match interview where he obviously said obviously a lot because other I wouldn’t be using the word obviously so much. Obviously.

It’s been a tough run on the legs for this Sunderland team and nobody looks more deserving of a week off of playing than the captain himself considering he hasn’t stopped running for this side over recent weeks. He provided a quality assist for the goal but his energy definitely dwindled in the second half; His play became sloppy as his teammates failed to support him whenever he advanced with the ball.

COTD: “Didn’t seem as confident in a forward role” – BP53

It was a surprising decision from Lee Johnson to play Winchester in a more advance role than he had in previous games and it was a decision that didn’t really work out as hoped. Although it was an unfamiliar role and responsibility, Winchester worked hard throughout the game but was left alienated at times in the second half.

COTD: “Controlled the first half but batteries were flat in the second” - CC

In a game where legs were needed due to Lincoln’s plucky youth, the game fell by Grant in the second half in a very big way and you could argue whether his selection to start the game was all that necessary with Winchester showing his capabilities of filling his boots in the previous game.

A week on from his big goal in the final and it doesn’t seem as if that has motivated Gooch in to becoming the impactful Sunderland player that we’ve seen him to be in the past. Sure he ran hard but in a difficult day for the forward line, he didn’t make it any easier with poor decision making and lack of any sort of flair.

The elastico in the first half that led to an effort that was blasted just over the bar made me wonder whether Aiden McGeady realises he’s playing real life football and not FIFA 21. The man with the box of tricks was unable to unlock Lincoln’s defence but his commitment to the cause was never in question as he chased the ball down until the final whistle. He was also very unlucky to have an opportunity taken away from him as he ran through on goal but you know, refereeing in League One.

It was a difficult game for Wyke and a game that he never really seemed to get in to as he was well controlled and marshalled by the Lincoln defenders. Arguably he should have won a penalty after being manhandled in the box but that pretty much summed up his game yesterday.

COTD: “Should have started today” - Gav

Another game where the supporters are wondering why Scowen wasn’t starting because of the legs of the opposition we were facing and his introduction to the game was probably too late to make any difference against Lincoln.

Bloody hell. This isn’t Ross Stewart’s fault by any means but if we are just going to start lumping balls in to the box aimlessly because he’s tall then it isn’t going to be something the fans are going to be that happy with (unless it pulls off like it did against Accrington)

COTD: “Not sure he got it right today” - Anonymous

Yeah that was a poor one today from Lee Johnson and everybody is entitled to a bad game, even the managers. You can tell that there has been plenty of faith in LJ and his improvements so far but it was a game where we needed to match their work-rate and we struggled to do that, especially after conceding.