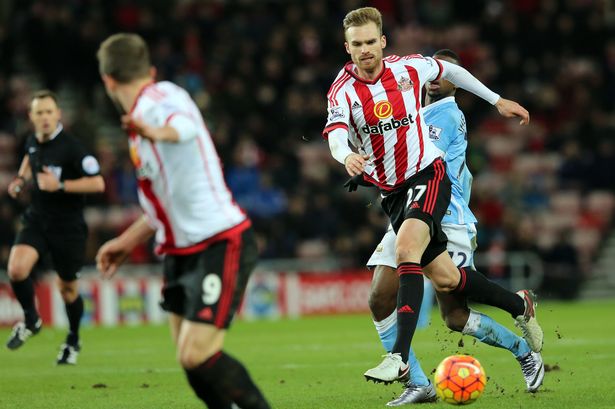 Jan Kirchhoff is calling time on his playing career to move into a coaching role with Bundesliga side VfB Stuttgart.

For many onlookers on Wearside, the fact that the stylish defender hadn’t retired years ago may come as something of a surprise.

Kirchhoff was sublime during his short-lived Sunderland career but injuries have always plagued the former Bayern Munich man who made just 20 appearances for the Black Cats.

Of late, Kirchhoff has been signed to German third-tier outfit KFC Uerdingen. His most recent - and only - appearance this season was in November.

A statement on VfB’s website announced that Kirchhoff will take up his coaching role in the summer, initially training the club’s under-15s.

Jan’s brother, Benjamin, began his career in Stuttgart’s ‘B’ team and currently plays for TSV Steinbach Haiger who ply their trade in the fourth tier of German football.

Jan Kirchhoff turned 30 last autumn. His appearances at senior level have been seriously curtailed ever since he departed the Stadium of Light at the end of the 2016/17 season.

Short spells at Bolton, and FC Magdeburg followed his release from Sunderland.

Muscular problems have blighted Kirchhoff's career with the complaint keeping him out of action for almost the entirety of this season.

Initially signing to Mainz as a schoolboy, Kirchhoff’s career glittered at Bayern Munich where he won two Bundesliga titles and a pair of DFB Cup winner’s medals.

Kirchhoff was one of the successful January signings made by Sam Allardyce in 2016 along with Lamine Kone and Wahbi Khazri. The trio were instrumental in keeping Sunderland in the Premier League that season.