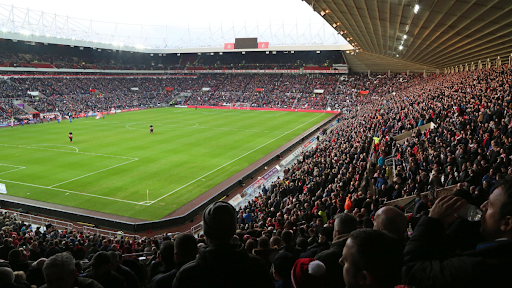 In our analysis of over 1,750 games played in the English leagues this season, Sunderland are the bookies' second most favoured team to win in every game played across all four divisions.

The Black Cats, who sit third in League One, had started each of their 39 games prior to last night's Wigan debacle at average odds of 8/11 for the victory for fixtures both home and away.

In the whole of English league footy, only Premier League leaders Manchester City have gone into their matches at lower average odds. Pep's lads have averaged a measly 4/11 for the win in all of their fixtures to date..

Here are the top 10 lowest average odds in English football so far this season.

The table probably shows that the League One standings are about right at present with Hull and Peterborough sitting in the top two automatic promotion places.

Norwich have been one of the other stand-out performers in season 20/21 romping away in the Championship. Meanwhile, Cheltenham look a good bet for promotion from League Two, currently sat at the top of the table.

English football's underperformers have been reflected by those canny bookmakers too. Here's the bottom 10 average odds for the win prior to each game played, reflecting the least fancied sides by the nation's bookies.

It's entirely possible that this table just shows how much the bottom of the Premier League has stunk a bit this season - looking directly at ya Newcastle. There's a host of top flight teams there that no one will have fancied a bet on let alone watch live. Even the most ardent Toon fan probably hasn't bothered sticking a fiver on the minging footy served up by Steve Bruce and his merry men.

Most fancied teams home and away

Home advantage may not have counted as much as previous campaigns with crowds kept away because of the coronavirus pandemic. But the bookies still slash the odds on their most fancied teams when they're playing on their home turf.

Away from home, it's a slightly different picture with a couple of additions thrown into the mix. That includes misfiring title holders Liverpool who have picked up as many points on their travel as they have at Anfield this season.

Least fancied teams home and away

Certainly no one has rated Newcastle much on their travels. Steve Bruce's side may have won as many games away from home as they have at St James' but they're still the Premier League's third worst team on the road.

When the Magpies gained that stalemate at Chelsea the other week they were rated at a whopping 12/1 for the win or 11/2 for the draw. Decent payday if you had backed the 0-0.

The actual longest odds in the enirety of the English footy divisions came in Premier League. That was West Brom's trip to Machester City before Christmas. The Baggies were rated as a 20/1 shot to take all three from Stamford Bridge. They did actually picked up a point too. That would have returned at 12/1.

Here's the full 90-odd clubs and their average odds for every game this season up until last weekend.

* Disclaimer - Thank god the pubs have reopened. Might finally have something better to do with me time